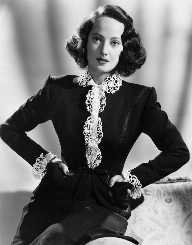 Actress Merle Oberon was born in Mumbai, India on the 19 February 1911 to Charlotte Selby and Arthur Thompson.

After leaving school, Merle Oberon did various jobs while trying to build an acting career. One of her first acting appearances on stage at the Calcutta Dramatic Society. She moved to Europe in the late 1920s and worked as a dancer gradually getting small parts in the film. She had uncredited roles in early 1930 films such Alf’s Button (1930), A War Corner (1930), Never Trouble Trouble (1931), For the Love of Mike (1932) and Ebb Tide (1932).

Merle Oberon then started to get noticed with roles in The Private Life of Henry VIII (1933), Vagabond Violinist (1934) and The Scarlet Pimpernel (1934). In 1935 she won an Academy Award nomination for Best Actress for her role in The Dark Angel (1935), and this was followed by These Three (1936), Over the Moon (1939) and The Divorce of Lady X (1938). Playing Cathy in the screen adaptation of Charlotte Bronte’s novel Wuthering Heights (1939) made Oberon an international star.

Merle Oberon had a fairly complicated family life and grew-up believing that her mother was her sister and that her grandmother was her mother. When she was an emerging star in Hollywood, the movie studio put out stories about the fact that she had been born in Hobart, Tasmania. An Australian ABC documentary about Oberon recently set the record straight. Oberon was married four times. She married her first husband Alexander Korda in 1939, and they divorced in 1945. Her second husband was Lucien Ballard to whom she was married to between 1945 and 1949. She then married Brune Pagliai in 1957, and the couple adopted two children before divorcing in 1973. She married Robert Wolders in 1975, and they stayed married until her death in 1979.