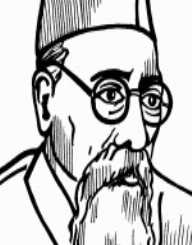 Dr. Dhondo Keshav Karve was born on April 18th, 1858. He is famously known as Maharishi Karve. He rose to fame for being a social reformer who mainly fought for women’s welfare. In a bid to honor his contributions to the Indian society, the Queen's Road found in Mumbai was renamed to Maharishi Karve road. Throughout his career, he focused on pushing for female education. As a result of this, the Indian government honored him with the Bharat Ratna in 1958. This was his 100th birthday.

Dr. Dhondo Keshav Karve was born on April 18th, in 1858. His place of birth was in Sheravali, Maharashtra. Karve’s father was called Keshav Bapunna Karve. While in residing in Mumbai, he joined Elphinstone College where he later graduated with a bachelor’s degree in mathematics.

After his graduation, Dhondo Keshav Karve went ahead and taught mathematics for 23 years. He began tutoring in 1891 and completed teaching in 1914. During this entire period, he used to teach at Fergusson College.

Several people inspired Dhondo Keshav Karve into engaging in social reforms. These were the likes of Pandita Ramabai, Iswar Chandra Vidyasagar, and Vishnushastri Chiplunkar. These individuals mainly influenced his decision to push for women’s education. Herbert Spencer’s writings with regards to equality also influenced him greatly.

In 1896, Dhondo Keshav Karve established a school where widows could learn. Around this time, people from the Brahmin community living in the city had rejected his reforms. As a result, Karve had to launch his reforms back in the Hingane village before moving to the city. His sister-in-law named Parvatibai Athavale was a widow and that she was among the first students to join Karve’s school. Upon completing her studies at the institution, Karve appointed her as the director of the Hindu Widows' Home Association.

The following year, he went ahead and launched a training college meant for primary school teachers. Around this time, he also established Kany? Sh?l?, a girls’ school. In 1920, Karve’s new women’s university was fortunate enough as it received 1.5 million rupees from a philanthropist business mogul called Vithaldas Thackersey. It is for this reason that the women’s university was renamed to Shreemati N?thib?i D?modar Th?ckersey- SNDT Indian Women’s University.

Dhondo Keshav Karve grew up at a time when early marriages were prevalent in the Indian community. Therefore, he was forced to marry when he was aged 14. He wedded Radhabai who was eight years old. Unluckily, his wife passed away while giving birth in 1891. Karve was left to raise their son named Raghunath Karve. Two years after the death of his wife, Karve tied the knot with Godubai, a widow.