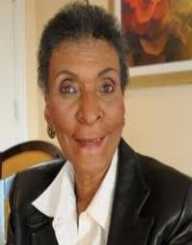 In Monroeville, Alabama, The 31st day of August 1936, Marva Collins was born. Collins went against all the odds fighting for equal education rights for the African-American child.

Marva Collins was raised in the segregated south of Atmore. She experienced the inadequacy of quality education that was practiced in Black schools; this was her primary drive to becoming an education pioneer and activist.

The white students were furnished with libraries, books, and indoor services. Marva Collins' concern was why these would not be equally accessible to the African-American students. Collins studied in one- room school house.

Henry Knit, a businessman, was Collins father. He set very high standards for his two children Collins and her younger sister. They had to perform highly in life and especially in their Academics as they had no choice.

Marva Collins was a taught in Alabama for two years. After which she moved to Chicago public school teaching fulltime as a substitute teacher for fourteen years. Collins was not satisfied with the inefficiency and inadequacy of the education standards. She took a bold step of investing in her school, the Westside Preparatory School. Collins withdrew a sum of $5000 from her retirement fund to put up the school.

The school was built in her neighborhood, West Garfield Park in 1975. A private school, built on the second floor of the Brown Stone. This was a clear indicator of her passion for quality education to the Black-American child. Collins targeted kids from financially disadvantaged black families who had been stereotyped for having a learning disability by the Chicago Public School system.

Marva Collins through her teaching methods was convinced that the children were teachable; she helped them overcome their obstacles by eliminating behavioral issues. President Ronald Reagan was touched by Collins methods of teaching; as a result, he wanted her to run for the position of Secretary of Education. She, however, declined to vie for the job because she devoted her time to teach each student individually.

Under the management of Collins and her daughter, the school reigned for 30 years. She valued time spent with students more than anything else.

Unfortunately, even the good things have an ending, due to lack of financial support from the society and a sharp drop in enrollment, the school came to a close in the year 2008.

Marva Collins believed that no child was born incapable of learning; she introduced learning methods that were very effective in molding and transforming the students that were otherwise declared academically disabled.

Collins introduced the Socratic method of instruction, the students learned through discussions and question and answer methods in a much-disciplined manner. Collins believed that the children don’t fail in their learning; it’s the teachers and education systems that fail. The students were taught Math, Reading, English, phonics, and Classics, this was a dismay to most people as they couldn’t understand how she got the kids to memorize all that they were taught.

Marva Collins came into the media limelight in 1981 after her TV series The Marva Collins Story. The movie was stirred by actors Cicely Tyson and Morgan Freeman. Collins also featured in a news article on CBS’s 60Minutes.

Marva Collins was awarded the Jefferson Awards for Public service; this was recognition for the greatest Public service to the disadvantaged in the society. In 2004 she was awarded the National Endowment for Humanities. Collins was highly valued for her wise speeches and was invited by different institutions at an excellent financial value for her appearances; most of the finances went into helping her school.

Marva Collins got married in 1960 to her husband, Clarence Collins. They were blessed with three children, Eric, and Patrick and a daughter Cynthia. Collins died of natural causes at age 78 years during which she was under the care of a hospice in Beaufort County South Carolina.

Marva Collins proved to the world that no dream is unachievable, through her passion for quality education to the African–American child; she was able to pioneer for high standards of education to even the most disadvantaged children in her society. Through her education system, most children are today grownups with covetable carries, some lawyers some doctors and many more other great carriers. It is not about where a child comes from but the quality of knowledge you plant into their brains.