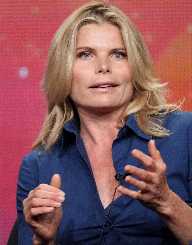 Mariel Hadley Hemingway was born 22nd November 1961, to Jack and Byra Hemingway. She was born in Mill Valley, California, in the United States. Hemingway had two sisters, and her father was a writer. Her famous grandfather was Ernest Hemingway, a world-renowned writer.

Mariel Hemingway’s sister Margaux was also an actress, and the sisters debuted together in the movie Lipstick in 1976. She has never been out of work with her acting, in both movies, and on television.

Her first book, Finding My Balance: A Memoir, was released in 2002. She has published five other books since then.

In 2013, Mariel Hemingway was awarded the Humanitarian Award by the San Diego Film Festival.

In 1984, Mariel Hemingway married Stephen Crisman. They had two children, Dree and Langley, but they divorced in 2009.