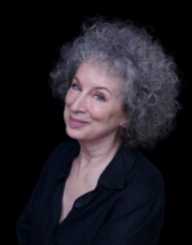 Margaret  Atwood has been honored in several forms for her works and initiatives including her induction into the Canadian Walk of Fame in 2001, Governor General Award and Prince of Asturias Award in Literature among several others. She has also contributed as a founding trustee of the Griffin Poetry Prize.

Margaret  Atwood was born on November 18, 1939, in Ottawa Ontario, Canada to Margaret Dorothy and Carl Edmund Atwood. She is the second child of three siblings. Atwood’s father was an entomologist and the mother a former dietician and nutritionist. Margaret  Atwood had interruptions in her education because of the nature of her father’s job. The family had to move frequently from one place to another. However, she loved to read literature, comic books, animal stories and Grimm’s Fairy Tales among others. Through her readings, Margaret  Atwood gained much interest in writing poems and plays at a very young age.

Margaret  Atwood attended and graduated from the Leaside High School in Leaside, Toronto in 1957. After high school, Margaret  Atwood enrolled at the Victoria College at the University of Toronto. There, Margaret  Atwood developed her writing skills and wrote poems and articles in the college literary journal, Acta Victoriana.

Four years later, Margaret  Atwood graduated with a Bachelor of Arts in English with honors as well as a minor in philosophy and French. In 1961 Margaret  Atwood pursued and received master’s degree (MA) at Harvard’s Radcliffe College in 1962 and later a doctorate at the Harvard University but did not complete her dissertation.

Margaret  Atwood has done lots of writing being it novels, poems, fictions and several others. Some of her works are based on feminism through emphasizing how patriarchal ideology puts women into oppression. With this poster, Margaret  Atwood is often termed as feminist even though vehemently denies that saying feminist writers are those who work within the framework of the feminist movement. One of such books it The Edible Woman published in 1969 which take a feminine posture.

Invention Of The LongPen

Margaret  Atwood came by the idea of being able to write anywhere through a robotic writing technology which she later teamsLongPen in 2004 during a tour in for the paperback of her novel Oryx and Crake in Denver. With this concept, one can write remotely in ink anywhere in the world using a tablet PC and the internet. The idea would also help her perform her book tour without physically being present. To develop, produce and distribute the LongPen idea, Margaret  Atwood co-founded the company Unotchit Inc. The company would later metamorphose to become Syngrafiidelved into other areas of business and legal transactions as well as producing a wide range of LonPen technology based remote writing applications. Atwood held numerous patents of the LongPen technology and served as a Director of Syngrafii.

Margaret  Atwood married Jim Polk in 1968 but they couple divorced in 1973. Margaret  Atwood later had an intimated relationship with a novelist, Graeme Gibson and had a daughter Eleanor Jess Atwood Gibson in 1973. The family lived on a farm near Alliston Ontario but later moved to Toronto in 1980. Margaret  Atwood loves animals and is against the killing of them for food. She has through the novels like In Surfing expressed such views.