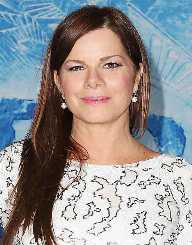 Marcia Gay Harden was born 14th August 1959, to Thad and Beverly Harden. She was born in La Jolla, California, in the United States. Harden's father was a Naval officer, and she had four siblings.

In 1987, Harden made her television debut in an episode of CBS Summer Playhouse. She followed this in 1988 with an appearance on Simon & Simon. Harden's first film role was in 1990. She acted in Miller's Crossing. At this early stage of her career, Harden still worked as a caterer to bring in an income.

During the same period, Harden was in 20 television movies, and she has appeared in nearly twenty series. These include 22 episodes of The Education of Max Bickford (2001). She was also in ten episodes of The Newsroom (2013-2014).

In 2018, Harden released her memoirs, called, The Seasons of My Mother: A Memoir of Love, Family, and Flowers.

Harden has won nine awards from her 27 award nominations.

These include one Academy Award and one Tony Award. She has also won a New York Film Critics Circle Award.

Harden married Thaddaeus Scheel in 1966. Scheel was a prop master, and they met on the set of one of her movies.

The couple has three children, but they divorced in 2012.