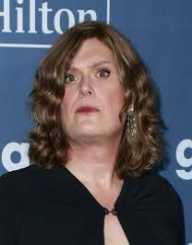 Lilly Wachowski was born on December 29th, in 1967. She is a famous American writer, producer, and director. She has earned immense fame for directing and producing notable films such as V for Vendetta, Cloud Atlas and The Matrix trilogy.

Lilly Wachowski was born on December 29th, in 1967. Her place of birth was in Chicago, Illinois. At the time of her birth, she was called Andrew Paul Wachowski. Lynne, her mother, worked as a painter and a nurse. Ron Wachowski, their father, managed several businesses. Lilly has an elder sibling named Lana. Just like Lilly, Lana was born as Lawrence Wachowski. The two have other two sisters called Laura and Julie.

Lilly Wachowski went to the Kellogg Elementary School situated in Beverly. She attended this school with her elder sister Lana. Later, they also enrolled with Whitney Young High School. After completing her education here, Lilly joined Emerson College located in Boston. However, Lilly and her sister Lana failed to complete their college education.

After that, the two opened up a house painting business. At the same time, they also wrote for Marvel Comics. Other epic comics that they worked on were the Clive Barker's Nightbreed and Clive Barker's Hellraiser series.

Lilly Wachowski and Lana again teamed up to write for films. Their first script was used in the movie dubbed Assassins (1994). Richard Donner directed the film and released it the following year. Following the fair performance of their first script, the pair were firmly convinced that they would become good directors.

Their second project came in 1996. They released the film thriller called Bound. This became their official entry into the film industry as directors. Bound performed well, and as a result, it motivated the duo to venture into their third project.

Lilly Wachowski and Lana's third project was The Matrix. Immediately after its release in 1999, the pair earned themselves immense recognition. Keanu Reeves, Laurence Fishburne, Hugo Weaving, Joe Pantoliano, and Carrie-Anne Moss were the main actors in the hit film.

The hit film also brought profound success to Warner Bros. Besides this; it bagged home four Academy Awards, one under the category of best visual effects.

Following their massive success with The Matrix, the pair joined forces again to direct two sequels of the hit film namely The Matrix Reloaded and The Matrix Revolutions. During the same year, in 2003, they also directed The Animatrix.

In 2016, Lilly Wachowski announced that she was a transgendered woman. However, she also pointed out that she was lucky to have the support of her family and friends. Besides, she also mentioned that she was fortunate that she could afford doctors that would help her successfully go through the process.