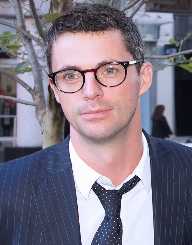 Anthony Charles Robert Armstrong-Jones, (Ist Earl of Snowdon GCVO  RDI), affectionately called Lord Snowdon was a British filmmaker and photographer. Born on March 7, 1930, he is known for his marriage to Princess Margaret, a sister to Queen Elizabeth II and the younger daughter of King George VI. Armstrong-Jones received a patent for a type of electric wheelchair in 1971.

Anthony Charles Robert Armstrong-Jones was born on March 7, 1930, in Eaton Terrace, Belgravia, in London. He was the only son of barrister Ronald Armstrong-Jones and his first wife, Anne Messel. At the age of five, he parents divorced.

Armstrong-Jones received his early education at a boarding school, Sandroyd School, in Wiltshire from 1938 to 1943. He was the classmate of Prince Tomislav of Yugoslavia while there. He then enrolled at Eton College in 1943. While there, he took part in boxing, qualifying for "extra special weight" class of the School Boxing Finals in 1945. Armstrong-Jones contracted polio while on a school holiday at their family country home in Wales. After Eton, he enrolled at Jesus College, Cambridge to Study architecture. However, he failed his second-year exams.

Armstrong-Jones started a career in photography in design, fashion, and theatre. Baron, the photographer, a friend of his stepmother, was introduced to Armstrong-Jones. He started working under Baron as a fee-paying apprentice. He later became a salaried associate due to his talent.

During the early stages of his career, Armstrong-Jones worked mostly on commissioned professional portraits. Most of these works were through the recommendations from his uncle, Oliver Messel. In1957, he did the official portraits of Queen Elizabeth II and the Duke of Edinburgh during the tour of Canada. He contributed to the Queen magazine and became the artistic adviser of The Sunday Times Magazine in the 1960s. Armstrong-Jones became a highly reputed photographer by the 1970s and had his works published in The Daily Telegraph, Vanity Fair, and Vogue. Most of his works are also included in the permanent collections of the National Portrait Gallery in London.

Film Making and others

Armstrong-Jones first documentary film was Don’t Count the Candles in 1968 for the television network CBS. The documentary won seven awards including to Emmy Awards. He followed the success of Don’t Count the Candles with Love of a Kind, 1969 based on British and animals. He other works include Born to be Small, 1971 and Happy being happy in 1973. He was an honorary Fellow of the Royal Photographic Society. In 1978, he received the Hood Medal of theRoyal Photographic Society and a Progress Medal in 1985.

Armstrong-Jones worked with Frank Newby and Cedric Price to design the "Snowdon Aviary" of the London, inaugurated in 1964. Referring to it as the“birdcage,” he sees it as one of his proudest creation. He also played a role in designing the physical arrangements for the investiture of Prince Charles as Prince of Wales in 1969. In 1971, he earned a patent for a type of electric wheelchair.

Lord Snowdon married twice, first to Princess Margaret the sister of Queen Elizabeth on May 6, 1960, at Westminster Abbey. The marriage initially faced some form of criticism due to Armstrong-Jones profession. Dignitaries like King and Queen of Sweden and the Ingrid of Denmark attended the marriage ceremony. After the marriage, Armstrong-Jones was on October 6, 1961, became Earl of Snowdon and Viscount Linley of Nymans in the County of Sussex. The couple had two children; David, 2nd Earl of Snowdon and Lady Sarah. Aside from his wife,

Lord Snowdon had several other relationships with men and women. One of his male partners was the British interior designer Nicholas Haslam, Tom Parr. He also dated Lady Jacqueline Rufus-Isaacs. Armstrong-Jones' infidelity and other problems from both sides including Margaret’s alcoholism led to their divorce in 1978.