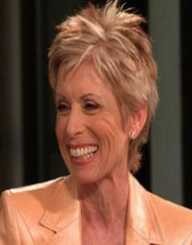 Laura Schlessinger is an American author, radio commentator and talk show host who is famous for providing counselling as well as her straight-laced advice which garnered her fans and critics alike.

Schlessinger’s first marriage was to a dentist named Michael F. Rudolph who she met in 1972. They married the same year but divorced in 1977. She then married Lewis G. Bishop who works as a neurophysiology professor in 1985. Bishop and Schlessinger’s marriage brought forth Deryk Schlessinger who was born the same year the couple were married.

Laura Catherine Schlessinger was born in Brooklyn, New York on January 16, 1947. Her parents came from mixed religions of Jewish and Catholic practice. Her father was Monroe Schlessinger who worked as a civil engineer, and her mother’s name was Yolanda Schlessinger. She has a sister named Cindy who is eleven years younger than her. Schlessinger later described her family as dysfunctional with both of her parents continually clashing due to their different religions, most especially her mother who has shown unrelenting hatred towards men and love. Regardless of these factors, she credited her father for pushing her to succeed.

The following year from her graduation at Columbia University, Laura Schlessinger started giving talk shows on the radio in a segment hosted by Bill Ballance. Leaning towards providing therapy, she trained at the University of Southern California in the field of marriage and family counselling of which she obtained certification as well as a therapist’s license in the State of California to set up her practice.

Her radio show which aired in KFI-AM Radio in Los Angeles entitled Dr. Laura Schlessinger Show debuted in 1990 and is broadcasted to 400 stations across the Interstate with a following that counted and attracted as many as 18 million listeners through the years.

On January 3, 2011, she launched her radio show upon signing a contract with XM/Sirius radio.

Laura Schlessinger served as a family counsellor for 12 years, but she is more known as Dr. Laura from her radio talk shows. Her views back in 2000 were very conservative and aligned with the Orthodox Church which enraged a high number of people that led to a protest against the debut of her television program entitled Dr. Laura which resulted in the show’s low rating and ultimate cancellation in 2001.

Besides her involvement with the media, she also authored a number of self-help books the first one being the Ten Stupid Things Women Do to Mess Up Their Lives which was published in 1995. She released a couple of more self-help series in 2000 starting with the publication of the 2004 book entitled The Proper Care and Feeding of Husbands.