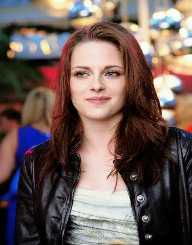 Kirsten Stewart is an American actress who is best known for her role in the Twilight series of films.

Kirsten Stewart was born on 9 April 1990 in Los Angeles, California. Stewart’s parents are John Stewart and Jules Mann. Her mother, Jules, worked as a script supervisor while her father worked as producer and stage manager. Stewart and her family briefly lived in Colorado but spent most of her life in Los Angles. Stewart has three brothers, Cameron, Dana, and Taylor. Stewart dropped out of school in the seventh grade and was homeschooled as she focussed on an acting career.

Stewart’s first acting role came at age eight as she received a non-speaking part in a Disney made for TV film, The Thirteenth Year. Stewart was then able to land greater roles in more prominent films. Her first theatrical film credit was in the live action The Flintstones in Viva Rock Vegas. She landed a first major acting role in the film The Safety Objects. The film was not successful, but marked Stewart’s first role as a proper character in a film. A big break came in 2002 when Stewart was cast to play the child of Jodie Foster’s character in Panic Room. Stewart was given the role of Sarah Altman, but Hayden Panettiere had originally been cast for the part. Stewart’s character is a young diabetic character who along with her mother lock themselves in a panic room when their house is burgled by armed raiders. The film was a box office success and grossed nearly two hundred million dollars.

Stewart’s next role was in the psychological thriller, Cold Creek Manor. Stewart plays the daughter in a family that moves to an old mansion in rural America with a sinister past. Stewart’s parents are played by Sharon Stone and Dennis Quaid. The film made little impact critically or commercially. Stewart’s first starring role was in the 2004 teen adventure film Catch the Kid. Stewart’s character robs a bank to pay for her father’s life saving surgery. The film mad just over sixteen million dollars off of a twelve million dollar budget. Stewart gained critical praise for her performance in the lead role of Speak. Stewart plays a young high school rape victim who struggles to come to terms and respond to the assault on her. It premiered at the Sundance Film Festival and was aired on American TV.

Stewart starred alongside Adrian Brody and Meg Ryan in, In the land of Women. The film made just over seventeen and a half million at the box office and had a budget of ten million dollars. She also appeared in Into the Wild, a Sean Penn directed film that covered the adventures and death of Christopher McCandless. Stewart also had minor roles in the Robert De Niro led What JustHappened and the science fiction film Jumper. Her biggest role of 2008, outside of Twilight, was the independent film The Cake Eaters. Stewart stars as a terminally ill teenager seeking love in a rural American town. Stewart’s best known role of her career came in November of 2008.

Stewart had been cast to play the lead in the film adaptions of the Twilight series of novels. The films focus on Stewart’s character, Isabella Swan, a high schooler who attracts the romantic attentions of a centuries-old vampire and a werewolf. The first Twilight film, Twilight, was released in 2008. The film was a huge success and earned over ten times its budget grossing nearly four hundred million dollars. Many were critical of Stewart’s performance and deemed it wooden and aloof.

In 2009, Stewart starred alongside Jesse Eisenberg in Adventureland, a romantic comedy. It received largely positive reviews, but only made a modest profit at the box office. Stewart in particular received praise for her role in the film. However, she came in for criticism again for the second Twilight film, The Twilight Saga: New Moon. The film was again a box office smash taking in over seven hundred million dollars at the box office. She also appeared in the independent drama film, The Yellow Handkerchief, in 2009. The film was a remake of a 1970s Japanese film. The film first aired at the Sundance Film Festival. The following year Stewart starred alongside James Gandolfini in Welcome to the Rileys. The film also debuted at the Sundance Film Festival.

Stewart played a stripper whom Gandolfini attempts to steer towards a better life. The film was a box office bomb losing nearly ten million dollars. Stewart also appeared in The Runaways in 2010. The Runaways is a drama based on the band of the same name Stewart plays the punk rock legend Joan Jett in the film. The film was a commercial flop and failed to sell itself to fans of the band or fans of Stewart. Stewart and the movie were generally warmly received by critics. By this time it was reported that Stewart had become Hollywood’s highest-earning actress.

In 2011, Stewart appeared in the third instalment in the Twilight Series, The Twilight Saga: Eclipse Part 1. Like its predecessors the film was critically panned, but a huge success commercially. The following year the Twilight series ended as Stewart played Isabella Swan for the last time in, The Twilight Saga: Eclipse Part 2. The film became the highest grossing of the series earning eight hundred and thirty million dollars at the box office. 2012 also saw Stewart play Snow White in a reimagining of the fairy tale in Snow White and the Huntsman. She also appeared in a film adaption of the Jack Kerouac book On the Road. In 2014, Stewart starred in Still Alice with Julianne Moore and Alec Baldwin. 2016 saw Stewart star in the romantic drama Café Society with Steve Carrel and Jesse Eisenberg.

Stewart was reported to be dating Robert Pattinson as early as 2008. Pattinson was Stewart’s co-star in the Twilight series. Stewart was later caught cheating on Pattinson with director Rupert Sanders.