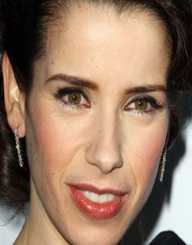 Sally Cecilia Hawkins was born 27th April 1976, to Colin and Jacqui Hawkins. She was born in Dulwich, London, in England. Hawkins had an older brother, Finbar, and her parents were both children’s authors. She studied at James Allen’s Girls’ School in Dulwich and afterwards enrolled at the Royal Academy of Dramatic Art. She graduated in 1998.

Sally Hawkins had small film roles while still studying. She began her career, though, on the stage in 1998. The first production she appeared in was Accidental Death of an Anarchist, followed by Romeo and Juliet later that same year. In 1999, while still working in stage productions, she also began winning ad-hoc roles on television. She then also started acting in movies.

Sally Hawkins has been nominated for over 80 awards, and she has won over 30 of them. Included in her wins is a Golden Globe Award.