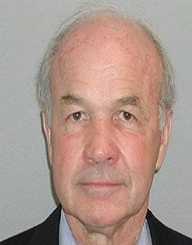 Kenneth Lee Lay was born 15th April 1942, to Omer and Ruth Lay. He was born in Tyrone, Missouri, in the United States, where his father was a Baptist preacher. The family then moved to California, where Lay studied at David H. Hickman High School, followed by the University of Missouri, where he studied economics. He graduated with his degree in 1964. He achieved his master’s degree in 1965.

In 1970, he graduated from the University of Houston with his Ph. D.

During this same period, from 1965 to 1968 Kenneth Lay worked at Humble Oil and Refining as an economist, and in 1968 he enrolled in the Officer Candidate School for the United States Navy. By 1971 he had achieved the rank of Lieutenant. He was Special Assistant to the Navy Comptroller and Financial Analyst at the Office of Assistant Secretary of the Navy in the Department of the Navy in Washington, D.C.

Between 1971 and 1974, he worked first for the Federal Power Commission, and then as the Energy Deputy Under Secretary for the United States Department of Interior.

Lay then returned to the private sector, working for the Florida Gas Transmission as an executive. In 1981 he was appointed President of the Continental Resources Company, and in 1982 he joined Transco Energy Company. He was there until 1984 and held the positions of Chairman, Chief Operating Officer, and Director.

In 1984, Kenneth Lay was appointed Chairman and CEO of the Houston Natural Gas Company. When the industry was deregulated in 1985, the company was bought by InterNorth, based in Omaha, and the name was changed to Enron. From 1993 to 2001, Lay was also on the board of directors of Eli Lilly and Company, and a director of the Texas Commerce Bank.

Lay was politically active and was friends with the Bush family. He was involved as co-chairman of Bush’s 1992 re-election committee. He also made significant contributions to both parties from 1989 to 2002.

Between 1998 and 2001, Kenneth Lay liquidated over $300 million in Enron stock. In 2001, Enron filed for bankruptcy. It was the largest bankruptcy in U.S. corporate history. 20,000 employees lost their jobs, and many lost their life savings as well. Billions of dollars were lost by investors. Lay was indicted by a grand jury in Houston, Texas, and was charged with 11 counts of securities fraud, wire fraud, and making false and misleading statements.

Kenneth Lay's trial began on 30th January 2006. He tried to convince the court that his wealth was mostly made up from stocks, and his net worth was in the negative. On 25th May 2006, he was found guilty on six counts of conspiracy and fraud. In a separate bench trial, Judge Lake found Lay guilty of four more counts of fraud and making false statements.

Sentencing was initially scheduled for 11th September 2006 but was changed to 23rd October 2006.

Kenneth Lay's first wife was named Linda, and his second wife was Judith Ayers. He married Ayers in 1982, and he was still with her at the time of his death. Lay had two children and three stepchildren.

On 17th October 2006, Lay’s conviction was overturned. There is a legal doctrine called abatement ab initio, which states the death of a defendant during an appeal vacated the conviction.