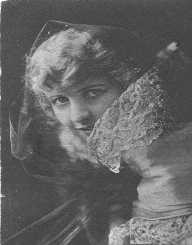 Pearl Fay White was born on March 4th, in 1889 in Green Ridge, Missouri in the United States. She was a silent actress who gained popularity for the daring stunts she demonstrated while acting. This is the main reason why she later got the nickname “Peerless Fearless Girl.” Her career on stage took off when she was six years old. With time she began to act in silent films, and she was famous for the role she played in The Perils of Pauline. White passed away on August 4th, in 1938.

Pearl White was born on March 4th, 1889. Her place of birth was in Green Ridge, Missouri. Her father, Edgar White was a farmer. Her mother was named Inez White. She had four other siblings in the family. Tragedy struck her family when she was only three years old as she lost her mother. With time, the entire family shifted to Springfield, Missouri. When she was six years old, she made her first appearance on stage. She was playing Little Eva in Uncle Tom's Cabin. Years passed, and she went on to bareback riding where she entertained people at the circus.

With education on one side, Peal White also worked with theatre companies such as Diemer Theater Company. Her interests in on-stage performances overwhelmed the need for education. As a result, White never managed to complete her high school education as she soon dropped out and went on a tour with Trousdale Stock Company with the main intention of making a living out of the evening stage shows. Her performance on stage was outstanding, and this gave her the opportunity to work with the company on a full-time basis.

In 1910, White landed a role in The Girl From Arizona. During this time, she was working with a French company called Pathé Frères. This was the first screening of an American film by the French film company. Around this time, White worked with several other independent film companies such as Lubin Studios. After this, she also worked with Crystal Film Company before later working with Eclectic Film Company in 1914.

White became a star after playing the lead role in The Perils of Pauline. This was a role that the director of Pathé offered her called Louis J. Gasnier. The film was a major hit, and it made White famous. Her salary went up as she was earning approximately $1, 750 in a week. This was not the end of her rise to stardom show. Shortly after, another hit was released, The Exploits of Elaine in the period from 1914 to 1915. With the popularity she had gained at this time, she began featuring in some serials such as The New Exploits of Elaine¬-1915, The Romance of Elaine-1915, The Fatal Ring-1917, The Lightning   Raider-1919 and several others. From these serial, she performed a number of courageous stunts including flying airplanes and racing cars. However, these crazy stunts got Pathé worried that they could injure one of their famous stars. Unfortunately, White had already got injured in her spine which caused her pain during her later years.

Peal White got married two times. In all these marriages, she never had a child of her own. Her first marriage was to Victor Sutherland which occurred on October 10th, 1907. They separated after seven years. In 1919, she wedded Wallace McCutcheon, an actor. This marriage came to an end in 1921.

Peal White passed away on August 4th, 1938. She was 49 years at the time of her death. The cause of her death was liver failure.