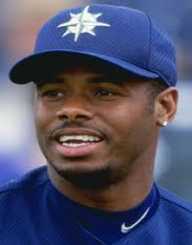 George Kenneth Griffey Jr. is a former American baseball player who played in Major League Baseball (MLB) for twenty-two years. His early career began with the Seattle Mariners and the Cincinnati Reds before playing for the Chicago White Sox.

He became a member of the Baseball Hall of Fame and is a thirteen-time all-star. He is famously known for his running skills and as the best baseball hitter and a great defender. He won ten Gold Glove Awards in center field.

George Kenneth Griffey Jr. was born on November 21, 1969, in Donora, Pennsylvania. As a young child, his family relocated to Cincinnati, Ohio where his father was a skilled player for the Cincinnati Reds.

His father imparted in him the attitude of teamwork and success as a group rather than individual accomplishments. He went to Archbishop Moeller High School in Cincinnati and played for the school's teams. In 1987, he was named the United States high school baseball player of the year.

On June 2, 1987, during the selections of a baseball player in the Major League Baseball Amateur Draft, Kenneth Griffey Jr. was selected to join the Seattle Mariners. On June 11, 1987, he played briefly for the Bellingham Mariners in a Class A Short Season Minor League and made his professional appearance in baseball on June 16 of the same year.

By this time he had become a prospect for major leagues, and in 1988 he became a member of the San Bernardino Spirit belonging to Class AA Eastern League where he played about seventeen matches.

Kenneth Griffey Jr. made his first appearance in the MLB plate on April 3, 1989, which was a win for the Mariners. His subsequent appearances followed in 1990 and 1991 where he appeared alongside his father in the same team. He played for the Mariners in the remaining years until his fall out in 1999 when he decided to pursue his career with the Cincinnati Reds.

He was signed in to Cincinnati Reds on February 10, 2000, where he played recording some home runs. He became famous and was an exemplified star between 2000 and 2004. In 2004, his right hamstring suffered rapture while in San Francisco which interfered with his career. In 2005 he made a comeback and made a major hit for the Reds playing until the fall of 2006.

After major appearances with the Cincinnati Reds, Kenneth Griffey Jr. was traded to Chicago White Sox on July 31, 2008. With the White Sox, he hit 18 home runs and was declared a free agent on a buyout of 4 million U.S Dollars which was split between the Reds and the White Sox.

He later returned to the Mariners in 2009 and played until 2010 before he was sent on a forceful retirement due to poor performance. He made his retirement official on March 17, 2011, stating that he would not want to be a hindrance for the success of a team. He served as the Mariner’s consultant beginning March 17 and was inducted into the Seattle Mariners Hall of Fame on January 22, 2013. He was also inducted into the Cincinnati Reds Hall of Fame on August 10. 2014.

Kenneth Griffey Jr. has a wife named Melissa and together have three children Ken Griffey III, Taryn Kennedy, and one adopted child is known as Tevin Kendall. The family lives in Winter Garden, Florida.  On November 18, 2008, Condoleezza Rice named him an American Public Diplomacy Envoy.

Ken Griffey owns a private jet and holds a private pilot license and certificate. He was appointed into the Baseball Hall of Fame on January 6, 2016. He is currently forty-eight years old.