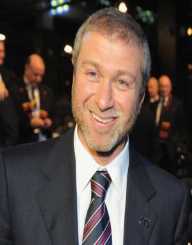 Roman Arkadyevich Abramovich is arguably the most known Russian outside the Russian Federation borders. The multi-billionaire businessman has interests in the steel, oil, real estate, and sports industries across the world.

Roman Arkadyevich Abramovich was born to Russian Jewish parents in Saratov. His birthday is recorded as October 24, 1966. His father was Arkadiy and his mother Irina. Though he came from a middle-class family, his childhood was not easy. By the age of four years, Abramovich had lost all his parents. He was then taken round, living in and out of other relatives homes.

Due to the constant movements in his life, he had little time for school. Abramovich was drafted into the Russian military but left after two years of service. Upon his return, he joined the Moscow State Auto Transport Institute. Despite his efforts to continue with education, Abramovich did not graduate from college. Simply put, he was academically gifted. His mind was set on entrepreneurship.

He later went back to school and got graduate accreditation. He has a degree in Arts from the Moscow State Law Academy.

With the money saved from doing some odd jobs, he set up a small venture of making plastic toys. He operated this small manufacturing factory for over a year. His business was supported by the reformist wave in the Soviet Union at the time. Locally known as Perestroika, the economic changes allowed most Russians and foreigners to invest in the region.

Having made good connections and driven by his investment reflexes, Abramovich decided to expand his business. By the early 1990s, he founded an agency that dealt with helping out company takeovers at a fee. With a good fortune in his pocket, he went into the lucrative oil industry. While trying his entry, Abramovich met billionaire businessman Boris Berezovsky. With a warm working relationship, the two managed to secure a major deal in 1995. Together, they acquired a major shareholding in the Russian mega oil company Sibneft. When His partner went into exile to escape fraud charges, Abramovich cemented his grip on the company.

His entry into the steel and metal production industry was marked by fatal gang wars. Mobs always fought for the control of the empire. By the end of the wars, Abramovich had cemented his authority and brought sanity in the industry. Eventually, he bought over most of his competitors from the business. Abramovich is a board member of almost all mega energy companies in Russia. Currently, he partly owns Evraz, Gazprom, and Norilsk Nickel among other conglomerates.

He also has other business interests and investments in real estate in Russia, Britain and the US.

The Forbes magazine placed his fortune at 11.2 billion US dollars. This was as at the beginning of December 2018.

He is an avid fan of football. In his homeland, he has an organization that funds the payment of the coaching bench of the Russian national team. In Europe, he is revered as the owner of English football club Chelsea. He invested millions of British pounds in the club when he took it over in 2003. Since then, the club has transformed into a formidable entity in European continental football.

With the vast business empire, Abramovich made political connections. The poverty of his home region compelled him to run for office. He was first elected in the Russian Duma or parliament in 1999. In 2005, he was elected as governor of the Chukotka in the Siberian region. His philanthropic nature transformed the region. He used his own money to upgrade the impoverished infrastructure to international standards. This prompted the Russian government to honor him with a national medal. He resigned from active politics in 2013.

Abramovich was married and divorced twice, to Olga Lysova and later to Irina Mandalina. Currently, he is married to his third wife, Dasha Zhukova. In his three marriages, Abramovich has 7 children.

Despite having had a difficult childhood, Abramovich is a free spender both in private and public life. He has palatial homes in Russia, England, and the US. His yacht is said to be the biggest and most modern in the world today. His security detail consists of 40 trained personnel. His fleet of limousines is missile proof.

Abramovich has dual citizenship. On top of his Russian nationality, he is a holder of an Israeli passport. In Israel, Abramovich has made huge donations to medical charities in Tel Aviv.

From his life story, Abramovich is an epitome of a self-made