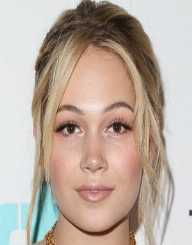 Kelli Berglund was born in Moorpark, California on the 9 February 1996. She is the daughter of Michelle and Mark Berglund and has a sister Kirra. As a child, Berglund studied dance, including ballet and jazz.

For her high school education, Berglund attended Moorpark High School and graduated in 2014.

In 2006, as a ten-year-old, Berglund made her first television appearance in Hip Hop Harry. She also acted in Are You Smarter Than a 5th Grader and America’s Next Producer. Commercials she has appeared in including McDonald’s, and Hyundai.

Kelli Berglund acted in How To Build a Better Boy (2104) in the lead role and is known for playing the character Bree in Lab Rats. Berglund starred in Raising The Bar, a film set in Australia. The plotline involved a teenage gymnast who escapes her high-pressure life in the US by moving to Australia. She also appeared in the film One Night (2016).

Berglund had a role in the Indie film, "One Night" [2016] as "Rachel" alongside Anna Camp and Isabelle Fuhrman.

To date, Berglund has had success in the Disney XD’s series Lab Rats which is now in its fourth season. Berglund stars in the role-playing a bionic teenager, Bree Davenport.

Berglund is involved with the Audrey Hepburn CARES Team. An organization which works with traumatized children who have been victims of abuse.