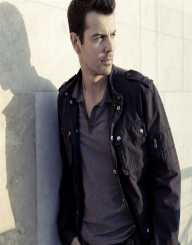 Musician, songwriter, and actor Jordan Knight was born in Worcester, Massachusetts in the United States on the 17 May 1970 to Canadian parents. Both parents were priests and he was one of six children.

Jordan Knight had his first hit as an individual artist with the single Give It To You (1999) which went gold. His single Where is Your Heart Tonight (2005) was a hit, and he went on tour to promote his EP. Albums include Jordan Knight (1999),  Love Songs (2006) and Unfinished (2011). The New Kids on the Blocked successfully reunited in 2008. Then in 2010, the band merged with the Backstreet Boys to become NKOTBSB.  Knight and Nick Carter recorded Nick & Knight in 2014.

In 2004, Jordan Knight married Evelyn Melendez, and the couple has two sons.