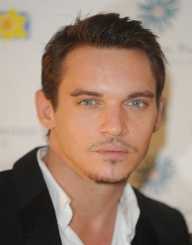 Jonathan Rhys Meyers is vastly known as a promising model, actor, and vocalist. He rose to fame for his resounding roles in films like Velvet Goldmine, The Tudors and August Rush. He is best known for tackling an array of roles that other thespians can’t partake. For instance, he took a fierce character in Dracula film that astonished the young and the old. Before fame, Rhys was expelled from North Monastery Secondary School for absenteeism. Throughout his teenage life, Meyers has been a visitor in several rehabs, not by chance but due to his drug addiction. It is one of a daunting task that is trying to meltdown his acting career. Read further to know what he has been up to.
Jonathan’s Personality

Meyers stands tall at 5 feet and 10 inches with an escort of an attractive physique that grabs nothing else than attention. Rhys currently lives in California and at times in England. Jonathan is well known for his organized life about work. Although he is still working on his addiction, he perfectly knows how to handle his health skillfully. Luckily he doesn’t live in the past, but the present is his best virtue. When it comes to achieving his end goal, Rhys seems to act persistently and convincingly. Above all everybody loves his out of world honesty and fierce charm. In all, he is an active soul, but at times he tends to act emotionally to seek more attention. In regards to his role in different films, Meyers can at times act in a domineering kind of nature. Also, he seems to make lots of mistakes on the way, but he employs focus in all of his endeavors.

On 27th July 1977, Jonathan Francis O’Keeffe was born in Drimnagh, Dublin, Republic of Ireland. His mother was called Mary Geraldine, and his father was known as John O’Keeffe. At one year old, Jonathan’s family moved to Ireland in a place called County Cork. At three years old, his father left his young family, and his mother acted as the breadwinner. In the process, his mother embraced alcohol as her closest partner. Rhys childhood was arguably daunting; as long as he was alive, he didn’t know what his next meal will be. He spent most of childhood life in countable orphanage institutions. When he left school at 16 years of age, he kept himself busy in a local pool hall. It was here that a casting agent, Hubbard Casting discovered him. He was taken for a test in one of the actor auditions without success. It was here that he opted to take another career, and forgot about his calling. In 2007 Mary died due to poor health. She left three sons: Paul, Alan, and Jamie.

After few months Rhys was asked to go for an addition for the second time. It was here that he appeared in a small commercial. Although he was embarrassed, this is what gave birth to major films. He appeared in a short film called A Man of No Importance followed by a leading role in a notable film called The Disappearance of Finbar. He followed it up with an award-winning film titled Collin’s Assassins. From there henceforth, Rhys talent continued to fathom from one role to the next. It was here that he appeared in a famous film including The Tribe, The Maker and Telling Lies in America.

In the mid of his career, Jonathan starred in movies like Monkey, The Governess, Ride with the Devil. He has also received several awards for his role as Brian Slade in Velvet Goldmine and as Steerpike in a series called Gormenghast. He also played as an excellent football coach in a film titled Bend It like Beckham followed by a miniseries Elvis. The series earned him a Golden Global Award.

From 2007 to 2013 Jonathan appeared in the NBC drama series called Dracula. He also starred in a film called Stonewall that was directed by Roland Emmerich. He acted as Henry VIII in a production film The Tudors. Other notable films like Match Point drama, August Rush, The Children of Huang Shi and From Paris with Love followed. He also portrayed as a political activist in one of the biopic movie called The Rising. The film was launched on St. Patrick’s Day.

Despite his acting career, Rhys is also known as a talented singer as it is seen in the Velvet Goldmine film. He also acted as face model in countable of magazines such as Hugo Boss. Besides, he is a perfect guitarist, and this gave him a chance to appear in promising musical roles. In the mid of 2013, Rhys patterned with his brothers where they released an album titled Blossom in 2014.

Jonathans has dated several ladies without having an effort or a trial of marrying either. From 1998 to 1999 he dated Toni Collete, an Australian actress. For one year he had a romantic relation with Lisa Butcher, a fashion icon. He then fell in love with Cha Seigne, an actress but he left her for Reena Hammer in 2004 even though they parted ways in 2012. He then dated Katie McGrath, but their relation didn’t work as expected, so they called it quit in 2007. To date, Rhys seems to have a sober life. Since 2013 he dated Mara Lane, and in 2017 it was announced that the two lovebirds were blessed with their first son, Wolf Rhys.