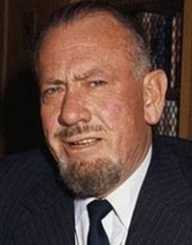 “A giant of American letters” Steinbeck took inspiration for his works from the lives of the common man and the poor. His most famous work is “The Grapes of Wrath” that won him the Pulitzer Prize.

Born on February 27, 1902, in Salinas, California, John Steinbeck had German, English and Irish ancestry. Though religious in his early life, John Steinbeck later gave up those views, when he went to college.

His early education was done at the ‘Salinas High School,’ and then John Steinbeck went to the Standford University. Not too keen on getting a literature degree, John dropped out and started doing small jobs for money.

Writing was the career John Steinbeck planned to choose at an early age of 14. But for him, success did not come early. His first book “Cup of Gold” (1929) failed to impress. But in 1939, his career touched great heights when he published “The Grapes of Wrath.” This book was published over 14 million copies so far, and after this success, every work from this Writing Great was well received.

After “Cup of Gold,” John Steinbeck published “The Pastures of Heaven” – a short story collection, in 1932. He followed this with ‘The Red Pony’ and ‘To a God Unknown.’ None of these titles earned him much success and in a period of ‘The Great Depression,’ he struggled to make ends meet.

The drought of literary success didn’t last long, however. In 1935, Steinbeck published the “Tortilla Fat.” The novel was well received, and Steinbeck developed the readers’ fan base. In the next three years, he released the “Dustbowl Trilogy” with books “In Dubious Battle,” “Of Mice & Men,” and “The Grapes of Wrath” coming in that order.

The series’ third book, “The Grapes of Wrath” was a huge hit, and it brought him the Pulitzer Prize in 1940.

During the Second World War, John Steinbeck served as a war correspondent. His close association with Ed Ricketts during this period, helped him write the “Sea of Cortez,” “Cannery Row” (1945), and “Sweet Thursday” (after Ricketts death). Ricketts was the model for characters in each of these novels.

John Steinbeck continued to write after the World War and Ricketts’s death. He published East of Eden in 1952, his most extended work. Many of his novels including this one have been turned into movies. In 1961, he wrote & published “The Winter of Our Discontent” which was his last novel. After this, he stopped publishing fiction, probably due to the criticism he faced after winning the Nobel Prize.

When he died, Steinbeck was working on the novel “The Acts of King Arthur and His Nobel Knights.” This novel was published in its incomplete form in 1976. The greatest literary achievement of Steinbeck’s career remained “The Grapes of Wrath” which he published in 1939. More than 78 years later, it is still read widely.

John Steinbeck declared Ernest Hemingway and William Faulkner to be his literary influences. Others also see glimpses of Mark Twain and Cotton Mather in his writing. He was also deeply interested in marine biology, politics, and religion.

In his long and exceptional writing career, John Steinbeck won the Pulitzer Prize and the National Book Award in 1940 for “The Grapes of Wrath.”

In 1962, he received the Nobel Prize in Literature; however, his selection was criticised by many and his writing considered ‘as being of the thirties.’

Steinbeck received the Presidential Medal of Freedom in 1964.

John Steinbeck smoked regularly, and this habit cost him a healthy heart. He lost his life to congestive heart failure on December 20, 1968. He was 66 years old.

John Steinbeck had three marriages. His first marriage with Carol Henning lasted 12 years. His second marriage to Gwyndolyn Conger produced him two sons – Thomas and John. After six years, the couple separated. Steinbeck’s final marriage was to actress Elaine Scott. This marriage lasted until his death.

His closest friend was Ed Ricketts, a marine biologist. They were so close that Rickett’s death in 1948 sent John Steinbeck into a deep depression.