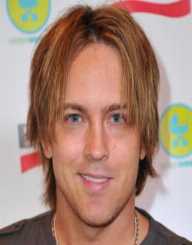 Larry E. Birkhead was born on the 22 January 1973 to Nancy and Larry L. Birkhead in Louisville, Kentucky. His brother Lewis is his twin, and he has two sisters.

Larry Birkhead was working as a freelance photographer in Louisville when he met Anna Nicole Smith at a Kentucky Derby event, the Trish Barnstable Brown Gala in May 2004. Smith (b.1967) was a model, 1993 Playmate of the Year, television personality and actress.

Smith gave birth to a daughter on the 7 September 2006 in New Providence in The Bahamas, Dannielynn Hope Marshall Stern. After Smith died of a prescription drug overdose on the 8 February 2007, a custody dispute arose between Birkhead and Howard K. Stern.

Stern announced that he would not contest Birkhead’s sole custody, but Smith’s mother tried to win custody of Dannielynn. The court ruled against her, she lost an appeal and also had to pay attorney's fees.

Larry Birkhead went on to star in a television documentary, Life After Anna Nicole: The Larry & Dannielynn Story. He was in an episode of ABC’s Celebrity Wife Swap and appeared on The Millionaire Matchmaker.

In 2015, he moved to Kentucky to live near his family. In 2017, on what would have been Smith’s 50th birthday, Birkhead took his daughter to the Bahamas to show her where she was born. He also showed her the courthouse where he had won sole custody of her.