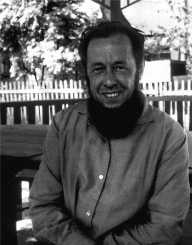 Aleksandr Isayevich Solzhenitsyn was born on December 11th, 1918. His place of birth was Kislovodsk in Russia. His father was Isaakiy Solzhenitsyn. He did not witness the birth of his son. He had an accident while hunting and was survived by his wife Taisiya Solzhenitsyn who was pregnant with their son Solzhenitsyn. His mother remained a widow till her death in 1944.

Aleksandr Solzhenitsyn completed the early education he enrolled at Rostov State University. He studied mathematics at the university. Meanwhile, he also studied Literature, History, and philosophy at the Moscow Institute.

During the Second World War, he served in the Red Army. He was a sound-ranging battery commander. He was presented with the Order of the Red Star In 1944. This was for serving well as sound-ranging battery commander which led to the destruction of German artillery batteries. He was later imprisoned for eight years in a labor camp as from July 7th, 1945. This was following his criticisms about Joseph Stalin in letters he had written to his friend. He was freed in March 1953 but again sent to Kok-Terek in Kazakhstan for an internal life exile. Solzhenitsyn was diagnosed with cancer while in exile. He received treatment from Tashkent in 1954.

Despite the challenges Aleksandr Solzhenitsyn went through, he still wrote his books. His novel One Day in the Life of Ivan Denisovich was published in 1962. Novyi Mir magazine published it. This was one of his best Novels. From 1964, his works were hugely criticized after Nikita Khrushchev fell from power. His work was forcefully seized, and Solzhenitsyn for a while was a no-one.

Fortunately for Aleksandr Solzhenitsyn, he had by then gained fame not only in his country but also internationally. Foreign publishers, therefore, published his work. Some of these publications include The First Circle and Cancer Ward which were both published in 1968. His other work August 1914 was published in 1971. This was his first historical book.

In 1973 The Gulag Archipelago was published in Paris. This was just the first part of the publication. This work was declared anti-government piece in the Soviet Union. His Soviet citizenship was therefore taken away in February 1974. His banishment followed this to Frankfurt located in Germany.

His documentary novel was published in 1975 entitled Lenin in Zurich: Chapters. Subsequently, his autobiography with the title The Oak and the Calf was also published. Between 1974 and 1975 the 2nd and 3rd volumes of The Gulag Archipelago were also published.

His Soviet citizenship was later restored, and he went back to Russia in 1994. He published The Grain between the Milestones soon after his return. The book was about the experiences he had while in exile. In 2001 to 2002, Two Hundred Years Together was published.

In 1940, Aleksandr Solzhenitsyn tied the knot with Natalia Alekseevna. They divorced in 1952 but got back together in 1957. They divorced for the second time in 1972.

He married his second wife Natalia Dmitrievna in 1973. Together they had three sons: Yermolai, Ignat, and Stepan. He also had an adopted son, Demitri Turin who later passed away in 1994.

Aleksandr Isayevich Solzhenitsyn died of heart failure on August 3rd, 2008. He died in Troitse-Lykovo, near Moscow at the age of 89.