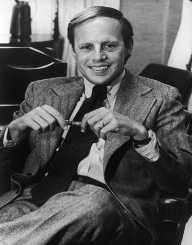 John Dean is an American writer and former politician, who is best known for being the White House Counsel for President of the United States of America, Richard Nixon, during the Watergate Scandal.

Dean was born on 14 October 1938 in Akron, Ohio. While still, young Dean moved with his family to Flossmoor, Illinois. It was there that he attended grade school. He attended the Staunton Military Academy in Virginia for his high school education. While there Dean became friendly with Barry Goldwater, the son of American Senator Barry Goldwater. This led to Dean gaining some contacts within the Republican Party. Dean received a bachelor’s degree from The College of Wooster in Ohio. He then went on to qualify to practice law from Georgetown University. Upon the completion of his studies, Dean began working for the Washington D.C law firm, Welch & Morgan. Dean was accused of a conflict of interest violation and fired shortly after taking the job.

Thanks to his connections with the Goldwater, Dean was made the chief minority counsel for Republican Party members for the United States House Committee on the Judiciary. Dean also received other positions on boards dealing with legal issues and crime. During the 1968 presidential campaign, Dean volunteered to work for Republican Party candidate, Richard Nixon. Dean wrote position papers on crime for the campaign. Following Nixon’s election victory Dean was made an associate deputy for the Attorney General, John Mitchell.

Dean was then made counsel to the president in 1970. Dean was involved with Jeb Magruder, John Mitchell and George Liddy’s plans to eavesdrop on the headquarters of the Democratic Party’s National Committee. Liddy led the operation that saw burglars place bugging equipment in the DNC offices. A second break-in was organized to photograph files held by the DNC, the staff at the Watergate discovered this break-in. Following the arrest of the burglars, it was Dean who took possession of all evidence relating to the break-ins and destroyed much of it. It was revealed during hearings that Dean had received files from the FBI on the on-going investigations into the scandal. It was also claimed that Dean was placed in charge of the cover-up by Richard Nixon himself.

Dean then came under investigation for his involvement, while still leading the Nixon administration’s efforts to cover up the scandal. In April 1973, Dean began cooperating with prosecutors who were investigating the scandal. Although he cooperated with a Senate investigation, Dean would plead the fifth when faced with a grand jury. Dean had sought immunity from prosecution from Nixon but was instead fired. Dean then received immunity from the Senate Committee and testified against his co-conspirators.

Dean also accused Nixon of direct involvement in the Watergate scandal. Dean could not provide any evidence of this, but he did advise investigators that he felt Nixon would have tapes of their conversations. Dean pleaded guilty to obstruction of justice and sentenced to one to four years in prison. However, Dean served just four months at a safe house as he testified in the trials of the other Watergate conspirators. He was banned from practicing law after his conviction.

Dean became an investment banker after his release and retired from investment banking in 2000. He also became a writer, he wrote about the Watergate scandal and some of the other events during the Nixon presidency. Dean has also been an outspoken critic of the Republican Party. Dean feels that Republicans, in particular, the Christian Right, have abandoned classical conservatism for authoritarianism. Three of Dean’s books deal with the subject, Worse than Watergate: The Secret Presidency of George W Bush, Conservatives without Conscience and Broken Government: How Republican Rule Destroyed the Legislative, Executive and Judicial Branches. Dean was a very outspoken critic of George W Bush and claimed he and Dick Cheney had committed far worse crimes than Richard Nixon in lying to Congress and carrying out wiretaps without a warrant.

In 1962, Dean married Karla Hennings. Together they had a son, John. The couple divorced in 1970. Dean married Maureen Kane in 1972. They live together in California.