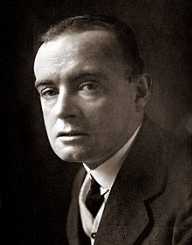 H.H. Munro was a British journalist and short stories writer and publisher who used his satirical stories to depict various issues in the Edwardian English society.

Hector Hugh Munro was born to Charles and Mary Munro on December 18, 1870, in Akyab, Burma. Munro was born in a military family. His father worked as the head of the Indian Imperial Police in Burma. His maternal grandfather was Rear Admiral Samuel Mercer.

In 1872, his mother died. She was gored down by a cow while traveling in England. Munro was taken to England to stay with his grandmother. He started his education at Pencarwick School. Munro then joined Bedford School. After school, he returned to Burma.

In 1893 Munro joined the Imperial Police in Burma. He served in the police for two years. He could not keep up with the tropical climate in Burma. He was constantly ailing. In 1895 he returned back to England.

After his return to England, Munro decided to be a journalist and writer. He secured a column in the local newspapers. Munro wrote for the Morning Post for a while. He then moved to Westminster Gazette and lastly the Daily Express. During this time, Munro also worked for the Outlook and Bystander Magazines in London.

In 1900, he wrote and published his first book The Rise of the Russian Empire. He had read Edward Gibbon’s book The Decline and Fall of the Roman Empire. Munro then decided to write his book as a follow-up continuation of the turn of events in Europe.

In 1902 he left Britain for continental Europe. He worked for the Morning Post traveling through Europe as a journalist. Munro spent most of the journalistic time working in Central and Eastern Europe. He spent six years in Europe, returning back to London in 1908. During this time, Munro continued writing and publishing his books.

In 1902, Munro published three political journals in newspaper columns. He wrote The Women who Never Should, The Westminster Alice, and The Not So Stories. He then adopted the pen name Saki for his publications.

In 1904 he released his collection of short stories under the title Reginald. In 1910 he published a revised version of Reginald. He was living in Russia. In 1911, he published the Chronicles of Clovis. In 1912 he released The Unbearable Bassington. In 1913 he penned another novel When William Came: A Story of London Under the Hohenzollerns. Munro published Beasts and The Super-Beasts in 1914 during the WW1.

Munro wrote many short stories that remained unpublished until he died. Some of his books published after his death are The Toys of Peace in 1919, The Square Egg and Other Sketches published in 1924, The Works of Saki published in 1927, and in 1930 The Complete Short Stories of Saki.

He also had a few plays done after his death. An example is The Miracle Merchant and A Short In The Dark.

As a writer, Munro used his pen to mock and expose issues of British society with a taste of humor. He used his sardonic style of English literature in most of his writings. He set most of his characters to depict some human characters or social happenings in the real world. He discussed his topics using the guidelines of journalism, leading his reader to understand his theme. He amplified the story of parenting during the Edwardian society in two of his books, The Interlopers and The Open Windows.

Munro never married. Some historians suggest that he was gay, a punishable crime in Britain at that time.

At the start of the WW1, Munro volunteered to enlist in the army. He was advanced in age for a regular cadet. Munro still got recruited into the military at the age of 43. He was deployed to the 22nd Battalion of the Royal Fusiliers.

Hector Munro died on November 14, 1916. He was killed by a German sniper bullet in Beaumont-Hamel in France during the WW1. His body was never retrieved from the battlefield.

In his short illustrious career, Munro wrote over 30 publications. Some were adapted into radio and television series. Munro still educates the society through his most referred books Tobermory, Sredni Vashtar, Laura, The East Wing, and the German-inspired book The Schwartz-Metterklume Method.

At the time of his death, Munro was hailed as the best short stories writer of his generation. Munro is commemorated by buildings in London bearing his name.