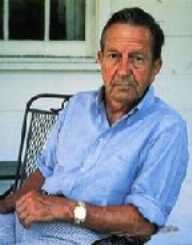 John William Cheever was a well-known novelist and short story writer whose works expressed nostalgia of a vanishing way of life. He is renowned for the compilation of his stories ‘The Stories of John Cheever’ which won the 1979 Pulitzer Prize for Fiction, National Book Critics Circle Award and National Book Award. He is also best remembered for short stories such as ‘The Swimmer’ and ‘The Enormous Radio.'


On May 27, 1912, John William Cheever was born to Lincoln Cheever and Mary Liley Cheever in Quincy, Massachusetts. He is the second born and has a sibling named Fred Cheever. His father Lincoln was a wealthy salesman who gave his children a comfortable upbringing in a large Victorian house in the suburbs of Wollaston, Massachusetts.

In the mid-1920s the New England shoe and textile industry began to decline, and the family business suffered immensely. His, mother opened a new gift shop in downtown Quincy to save the family the humiliation. In 1926, John began attending school at Thayer Academy who later moved to Quincy High school in 1928. In 1929, he became first in a story contest sponsored by Boston Herald. However, due to the poor performance, he was expelled in 1930.

As an 18-year-old, he wrote a sardonic story about his expulsion titled ‘Expelled’ which was later published by The New Republic. Notably, the family continued suffering financial crisis which led to his parent’s separation and this significantly affected him.

In 1935 he sold one of his short story ‘Buffalo’ for $45 to Katherine White of The New Yorker. Evidently, this was one of his many short stories that would later appear in the newspaper. In 1938, he commenced writing for the Federal Writers Project in Washington D.C.

John enlisted in the army during World War II and published a collection of short stories ‘The Way Some People Live’ in 1943 which received mixed reviews. However, in later years he began despising the book and endeavoured to destroy it. After the war, in 1946, Cheever moved his family to Manhattan. He accepted a $4800 advance from Random House meant to help him resume work on his novel ‘The Holy Tree’ which he had discontinued during the war.

Later in May 1947, his short story ‘The Enormous Radio’ was published in an issue of ‘The New Yorker.' This story was a tale about a bad radio that broadcasted private conversations between people. In 1949, he completed his long story ‘The Day the Pig Fell into the Well,’ but the New Yorker magazine did not publish it until five years later.

He finished his story ‘Goodbye, My brother’ in 1951 and was awarded a Guggenheim Fellowship. In May 1951 he moved to Scarborough-on-Hudson and worked as a casual volunteer of the Briarcliff Manor Fire Department.

His second edition of ‘The Enormous Radio’ was published in 1953 which received positive reviews. However, due to his close association with The New Yorker, his reputation continued to suffer. The Random House, on the other hand, demanded Cheever to produce a publishable novel or pay back his advance but Mike Bessie bought him out.

While vacationing in Maine, he finished his book ‘The Wapshot Chronicle’ in 1956.later in 1964, he wrote ‘The Wapshot Scandal’ which received great reviews. He also appeared on the cover of Time magazine on March 27 issues with the profile ‘Ovid in Ossining.’

His novel ‘The Swimmer’ appeared in the July 18, 1964, issue of The New Yorker. Later in the 1966 summer, the book was filmed in Westport starring Burt Lancaster, and Cheever made a cameo appearance in the movie. He became a heavy drinker due to the torments he received from the society for being a bisexual. His marriage suffered much due to his personality disorders.

In 1969, he published ‘Bullet Park’ which received negative reviews from the New York Times. In 1973, he spent his full semester teaching at the Lowa Writers Workshop and accepted a professorship at Boston University the following year. Due to his drinking problem his career suffered greatly.

However, in 1977, he made his comeback with the novel ‘Falconer’ which became No. 1 New York Times Best Seller. This book was followed by his work in ‘The Stories of Jon Cheever’ in 1978, which became one of the most successful collections where he sold 125000 copies and won a universal acclaim. In 1979, he was awarded the ‘Edward MacDowell Medal’ by MacDowell colony for his outstanding contributions to the arts.

His short story collection of ‘The Stories of John Cheever’ was one of his successful groups. Other favourite stories include; ‘Goodbye, My Brother’ and ‘The Swimmer’ which won several prestigious awards.

His other notable awards include ‘Pulizier Prize’ in 1979 and ‘National Book Critics Circle Award’ of 1981. Later, he was selected and honoured with the National Medal for Literature by American Academy of Arts and Letters.

Due to his severe alcoholism, Cheever’s marriage suffered much, and he consulted a psychiatrist in 1966. However, he terminated the therapy after joint sessions with his wife. His addiction severely affected his health, personal life, and career. Therefore, he stopped drinking after he joined Smithers Alcoholic Rehabilitation in New York.

In 1981, he was discovered with a Kidney tumour. Later in the year, he was diagnosed with cancer that had spread to his femur, pelvis, and bladder. He died on June 18, 1982, at the age of 70, and was buried at First Parish Cemetery in Norwell, Massachusetts.