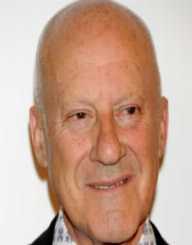 Norman Foster was born on June 1, 1935, in Reddish, Stockport, England. His parents were Lilian Smith and Robert Foster.

As a child, Norman Foster attended the Burnage Grammar School for Boys.

As a young adult, he took the Manchester Town Hall’s entrance exam. Passing this exam cleared him to earn his first professional job.

In the 1950’s, Norman Foster began working at the Manchester City Treasurer’s Office. While here, he made friends with a man named Mr. Cobb. Mr. Cobb’s son was studying architecture. This subject had always interested Foster, but now that he knew someone who was studying the subject, he was more determined to learn about it for himself.

After serving his time in the Royal Air Force, Norman Foster began working at John Bearshaw and Partners as a contract manager and personal assistant to John Bearshaw. While working here, he was able to learn firsthand many architectural skills. His time here also encouraged him to study architecture formally.

In 1956, Norman Foster enrolled in the University of Manchester School of Architecture and City Planning. While here, he worked odd jobs to pay for his education. He later graduated from this school in 1961.

After graduating from the university, he earned the Henry Fellowship, offered to him by the Yale School of Architecture. He gladly took on the fellowship studied at Yale until 1963. It was in this year that he graduated with a master’s degree.

After earning his degrees, Norman Foster along with some friends (Richard Rogers, Su Brumwell, and Wendy Cheesman) opened their architectural practice called Team 4 in 1963. However, the company closed in 1967. In 1967, Norman Foster opened up a new architectural practice (this time just with Wendy Cheeseman) called Foster Associates (now known as Foster + Partners). The first thing that this company worked on was general public buildings and structures, before moving into private residences.

In 1968, the company teamed up with Buckminster Fuller, another architecture. This duo would go on to work together for the next fifteen years.

In 1971, Norman Foster Associates would begin one of its most famous projects-- the construction for the Willis Faber and Dumas Headquarters. This project would take until 1975 to complete. While working on this project, Foster Associates also began working for the injury Centre of Visual Arts in 1974. This building was completed in 1978. His buildings in the 1970’s paved a way for Norman Foster to earn more jobs. While he did not build anything especially impressive in the 1980’s, he was commissioned to do some smaller projects during this time.

All of Foster’s awards are for his amazing achievements in architecture. Some of his most prestigious awards are listed below.

Queen Elizabeth II has made Norman Foster a Knight, a member of the Order of Merit, and a Lord (making him Lord Foster of Thames Bank).

Norman Foster was first married in 1964 to Wendy Cheesman. Together, the couple had four children. Sadly, Cheesman died from cancer in 1989. Foster later remarried in 1991 to Sabiha Rumani Malik. This couple later divorced in 1995. He married for a third and final time in 1996 to Elena Ochoa. The two are currently married.