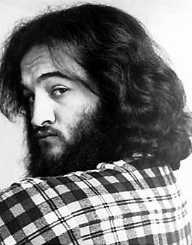 John Belushi was a famous Albanian-American actor and comedian and gained the majority of his prominence during the seventies decade. His rise to fame projects was as cast in comedy program ` Saturday night live,’ whereby he was one of the founding performers with exceptional performances for four years, and on `The blue brothers.’ He had a rather short career since he passed away on 5th March 1982, at the age of thirty-three. He left an undoubtedly huge legacy, still fresh on most minds.

John Adam Belushi was born on 24th January 1949. His parents were Adam Anastos Belushi, and Agnes Demetri who were Albanian immigrants from Qyteze. He was born in Humboldt Park, a region in the west side of Chicago, Illinois. He was brought up in Wheaton, which was a suburban area in these parts. John had three siblings, consisting of a sister (Marian) and two younger brothers (Billy and Jim).  His parents were religious people, and they attended the Albanian Orthodox Church.

In his early development, he joined Wheaton community High school to gain knowledge. His life purpose shone bright from his high school days. John Belushi was very humorous and gained fame and admiration from fellow students. This was in actual and realistic terms and was voted `most humorous’ and `homecoming king’ in school. Belushi had a natural way with people never struggled to gain attention. He engaged in co-curricular activities and played football. He was the captain and was fairly skilled at it, earning the nickname `killer Belushi’ from his peers. More so, he was a drummer in the school's rock band, and also had immense interest in acting and even did a variety show while still there and also performed in summer stock production when he completed high school.

John Belushi received a football scholarship to Western Illinois. However, he turned it down and opted to join Illinois Wesleyan. However, his entry was denied, and he joined the University of Wisconsin, an institution located at Whitewater. His studies lasted for three years and a half, and he moved back to his native town Wheaton on completion. At that time, John joined college of Dupage and graduated on January 5, 1970, with an arts associate degree in general studies. John’s father Adam was a prolific businessman, with traditional values and principles. John Belushi owned and ran restaurants and due to his native beliefs, he assumed it was his son’s responsibility to inherit and run the business, John being first in line. This was a total diversion from john’s interests and aspirations, and no was his obvious answer.

John Belushi initiated a comedy troupe in Chicago which was active during the period ranging from 1955-1958, named the west compass trio. However, in the year 1971, his career took a big upturn as he received a lucrative offer from `The second city’ to be a member of their cast. He accepted the offer and moved on from the trio, and immediately started working with the cast. While there, he met the likes of Harold Ramis. Soon, John Belushi joined up with `National lampoon lemmings,’ and in the year 1972, they released a parody of `The Woodstock.’  The following year, he moved to New York City, and John worked for the National Lampoon magazine. He was responsible for writing, directing and also acted in its half-hour radio programme, which was named `The national lampoon Radio hour’.

In 1974, his fiancée Judith Jacklin was also offered a job as an associate producer on the show. The following year, John Belushi was approached by `Saturday night live’ who wanted him to join their cast, which he accepted. At the time, he had met Dan Aykroyd and the two came up with ` The blue brothers.’ Belushi is believed to have had extreme abuse of narcotics and alcohol that caused him to lose his job at the SNL and was constantly fired but thanks to his talent and luck, he was often rehired. His performances at the show were extremely top notch and have maintained their charm till date. Quite recently, it received a top ranking in 2015 during Rolling stone magazine appraisal of the cast.

In 1978 John Belushi made appearances on the big screen, with films, i.e., Old boyfriends, Goin’ south and Animal house. Of these, Animal house was the big fish, though it got off to a challenging start with critics and an expensive budget estimated at $2.8 million. However, it proved all wrong and was among the best productions during the year, with huge profit margins. At that time frame, Belushi and his associate in the blue brothers Aykroyd formed a band and signed up with Atlantis Records, who eventually released an album `Briefcase full of blues’. It was a success and attained no 1 on billboard 200. He also released two singles at the time, which gained relatively high positions on the charts.

In 1971, John Belushi and his buddy Aykroyd to a different turn in their careers and left SNL. They wanted different films career and got what they wished for. They starred together in a couple of movies, for example, Neighbors and Blue brothers which also received great reviews and huge profit margins.  The two worked together full time and often toured together to promote the films. At around 1980, they released their third album named `Made in America’. In 1981, John Belushi made a romantic movie Continental drive, without his part and parcel associate Aykroyd. He also made a cameo appearance in an episode of a T.V series Police squad in 1982. At the time of his death, John Belushi was still active in his career, with very many movie projects in place.

John Belushi clearly had a huge drug problem. He struggled with it and it often affected his work activities. It is estimated that he spent about two thousand dollars a week on drugs, courtesy of People’s magazine. In his final week, he lived at Chateau Marmont and was taking a lot of drugs at the time. On the day before, he was reportedly parting. During the next day on March 5, his personal trainer Bill Wallace found him at his house, lifeless. His cause of death was professionally investigated, with the likes of forensic pathologist Michael Baden. It brought great disputes but it was finally settled that his death was drug related, specifically a cocaine and heroin intoxication, which is referred to as speedball.

His wife organized his funeral, being conducted by an Albanian Orthodox priest, and his burial took place at Abel hill’s cemetery in Chilmark, Massachusetts. Two months on National Enquirer, Cathy Smith admitted during an interview that she was with John on the night of his death and had given him the speedball. She was arrested and faced first-degree murder charges, which was later reduced to involuntary manslaughter and she ended up in prison for 6 months.

In general, John Belushi was a great humorous guy who lived his life to the fullest. He married his high school sweetheart Judith Jacklin on December 31, 1976. However, the two did not have any children until the time of his death.

-Was honored on the Hollywood walk of fame in 2004 with a star.

-His performances in the television show `Saturday night live’ is undoubtedly one of his most iconic works, facing admiration to date.