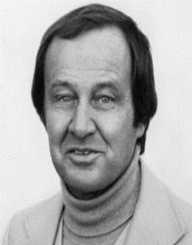 Jim McKay was born on September 24th, in 1921. He was a well-known sports journalist. For a period spanning for about three decades, McKay earned recognition for hosting the ABC’s show dubbed Wide World of Sports. Aside from this, he also earned a name for himself for hosting 12 Olympic Games.

Jim McKay was born James Kenneth McManus on September 24th, in 1921. His birthplace was in Philadelphia, Pennsylvania.

For his early education, McKay joined Our Lady of Lourdes Grade School. After this, he entered Saint Joseph's Preparatory School. At the age of 14, his family migrated and went to reside in Baltimore, Maryland. Here, he attended Loyola Blakefield high school. After that, he also went to Loyola College in Maryland. He graduated from college in 1943.

Initially, Jim McKay reported for The Baltimore Sun. Nonetheless, he resigned from his post to take up another position in the same organization as they introduced their new TV station called WMAR-TV. He continued working for the TV station before landing himself a job with CBS in 1950. He began hosting a show dubbed The Real McKay.  While working with the CBS, he majorly paid special interest in sports shows.

A few years later, McKay went and joined ABC where he hosted the highly influential sports show called Wide World of Sports. This is a show that earned him high acclaim as he hosted it for the next 37 years.

As a result of his long-lasting contribution to the world of sports, Jim McKay was bestowed with an Emmy Award. Similarly, he also bagged home the same award for his news reporting prowess.

Still, in sports, McKay was among the studio reporters that hosted the first ever FIFA World Cup to be played on American soil in 1994.  Similarly, he also hosted the same competition in 2006 for ABC.

In 1948, Jim McKay tied the knot to Margaret Dempsey. He had two children.

Jim McKay breathed last on June 7th, in 2008. He died as a result of natural causes at the age of 86 years.