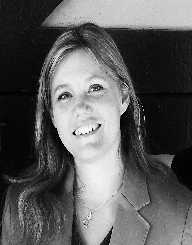 Jaycee Lee Dugard was born on May 3, 1980, at South Lake Tahoe, California. Terry Probyn was her mother.

Jaycee Lee Dugard was taken captive at the age of 11 by Phillip and Nancy Garrido in 1991. Jaycee was raped many times, and she had two children. Philip Garrido was a sexual offender, and he was detained in 2009.

Jaycee Dugard was taken captive near her home while she was very young on June 10, 1991. Carl Probyn, Jaycee’s stepfather, observed her taken captive from the garage window and immediately attempted to capture and chased the kidnapper on his bike. Carl Probyn’s effort was in vain.

Carl immediately informed the police about Jaycee’s kidnapping. The FBI also joined the search team in tracing Jaycee. The search team consisting of dog squad and many police could not locate Jaycee. Phillip and Nancy Garrido had taken Dugard to a remote place, nearly 170 miles away to Antioch, California

Jaycee Dugard lived under lock and key in a rough workroom of her captors, Philip Garrido and his wife, Nancy Garrido in the courtyard of their home. The captors soon renamed Jaycee as Allissa. She was sexually assaulted many times by Phillip Garrido. Phillip Garrido was a habitual rapist and had been convicted in the past. Raping was the primary purpose of kidnapping.

She gave birth to her first daughter at 14 and another daughter after three years at 17.

Jaycee spent 18 years in confinement. The captors told several lies and banned her from contacting anyone outside her room where she was kept captive. She was always thinking whether any of the family members were trying to find her. She had a feeling that she was deprived of love and depressed. She was at a loss to think how she can escape from the clutches of Garrido. The captors had brainwashed Jaycee so much that she had no one to look for help.

In August 2009, Philip Garrido went to UC Berkeley estate along with the two children from Jaycee and his own with the intention of performing a spiritual function. His surreptitious conduct evoked the attention of the management to inquire about Garrido’s history. It came to light that Garrido was a habitual rapist and was on conditional release for hijacking and rape. They informed the parole officer.

Garrido was asked to meet Nancy, Jaycee and their two children in August 2009. Initially, Garrido informed that Jaycee and her daughters were his kinsfolks. However, Garrido pleaded guilty and narrated his criminalities. Jaycee revealed her identity. Phillip Garrido and Nancy were accused on many counts such as rape and wrongful confinement.

Jaycee Dugard was handed over to her mother, Terry Probyn after 18 years of her hijacking. Her mother lived in South Lake Tahoe, California.

The State of California granted $20 million to Jaycee Dugard given the unsuccessful observation of Garrido’s conditional release. Also, Phillip Garrido was wanted in another kidnap case in California.

Jaycee Dugard narrated her awful experiences in her memoir, A Stolen Life, in 2011. In 2012, she spoke to Diane Sawyer, about her union with her mother and other family members and her happiness. She expressed her pleasure when she was offered pizza during her visit to New York.

She, in 2016, announced an addition to her earlier publication, Freedom: MyBook of Firsts. Here, in her book, she narrated her understandings after many years of detention.