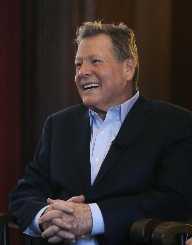 Ryan O'Neal is an actor who made his way into the television and film industry. His personal life is just as active as his career.

Ryan O'Neal was born on April 20, 1941, in Los Angeles, California. He was born Patrick Ryan O'Neal. His father Charles, also known as “Blackie,” was a novelist as well as working as a screenwriter. His mother Patricia was an actress.

Ryan O'Neal actually started as a boxer in his high school days. While in California, he trained to be a Golden Gloves boxer. He competed in two championships from 1956-1957. His amateur fighting record was 18 wins, four losses, and 13 knockouts.

While in Germany, Ryan O'Neal was a stuntman for the television series Tales of the Vikings. He had some small roles in other televisions shows, but his breakout role was in the soap opera Peyton Place. He played the part of Rodney Harrington from 1964 to 1969.

Ryan O'Neal attempt to break into movies came with the most successful film of his career. He portrayed Oliver Barrett IV in Love Story. He earned nominations for Golden Globes and an Oscar for that film. Ryan O'Neal continued playing the leading man in other films such as What's Up Doc with Barbara Streisand.

In 1973, he earned another Golden Globe nomination for his role in Paper Moon. His co-star was his daughter in real life, Tatum O'Neal. Later he worked with Stanley Kubrick in Barry Lyndon. The late 1970s had its hits and misses. O'Neal went back to his boxing days in the comedy The Main Event, once again paired with Barbara Streisand. However, he did not do so well in the sequel of Love Story in 1978.

His acting career was not as hot in the 1980s. He still found work in movies such as Irreconcilable Differences in 1984 and Fever Pitch in 1985, but he did not find his success as much. The 1990s had more work as he returned to television. He had guest roles and cameos on shows such as The Larry Sanders Show.

Ryan O'Neal also starred in his series such as Good Sports with Farrah Fawcett or TV movies such as The Man Upstairs. For ten years, O'Neal had a role in the crime drama Bones.

Ryan O'Neal married Joanna Moore in 1963. She was also an actress on television. They had two children, Tatum and Griffin. They divorced in 1967. He then married Peyton Place co-star Lee Taylor-Young that same year.

In 2005, O'Neal's daughter Tatum wrote in her autobiography that her father had a drug problem during her childhood. She also cited that he was abusive. The two reconciled in their reality series Ryan and Tatum The O'Neals.

In 2007, Ryan O'Neal was arrested for assault with a deadly weapon in an altercation with his son Griffin. In 2008, both O'Neal and his son Redmond were arrested for suspicion of narcotics possession.