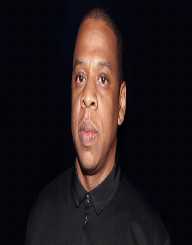 Sawn Corey Carter was born on December 4, 1969, in Brooklyn, New York, USA. His parents are Gloria Carter and Andes Reeves. He also has three older siblings. Sadly, his father left the family when he was a child, so he and his siblings were primarily raised by their mother. He later began going by the stage name Jay-Z, which is the name that he is best known for now.

As a teenager, Jay-Z changed schools often. In just a few short years he attended George Westinghouse Career and Technical Education High School , Trenton Central High School, and Whitney High School. While in school, Jay-Z was more interested in music than studying. It was around this time that he began rapping with friends and classmates. One of these friends would later grow up to be known as Busta Rhymes.

After high school, Jay-Z focused on his music more than ever. Sadly, he did not become famous right away, even though he had made his small record label: Roc-A-Fella Records. It was not until almost a decade later, in 1996, that he came out with his first record: Reasonable Doubt. Sadly, this record didn’t help him to break into fame, either. Years later, the album would be received better, though. In 1997, he released another album: In My Lifetime Vol. 1.

It was in 1998 that Jay-Z had his first truly successful album: Vol. 2 Hard Knock Life. His next album came out only a year later and was called Vol. 3 Life and Times of S. Carter. His record was an astounding success.

Jay-Z kicked off the 2000’s with a great start, producing his fourth album in 2000 called The Dynasty: Roc La Familia. The next few years were highly productive. From 2001 to 2009 he produced several albums, all of which were received well. These albums are listed below.

After The Blueprint 3, which came out in 2009, Jay-Z took a short break from releasing albums. It was not until 2013 that he released his next album: Magna Carta, Holy Grail. His most recent solo album was released in 2017 can called 4:44.

In 1999, Jay-Z started his line of clothing called Rocawear. He later sold his clothing like to Iconix Brand Group.

In 2003, he opened the first sports bar called the 40/40 club. The first club opened in New York City. Throughout the first decade of the 2000’s, he expanded and added more locations. Currently, there are 40/40 Clubs located in  Brooklyn and Atlanta. There also used to be locations in Atlantic City and Las Vegas.

Jay-Z has had an astonishing career. So far, he has won nearly 70 awards and has been nominated for more than 150 others. Some of his most prestigious awards are listed below.