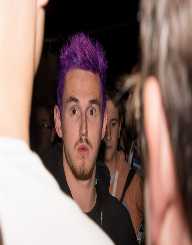 Tom Cassell is a vlogger and youtube based in Britain. Cassell owns and runs a popular YouTube channels called syndicate and the twitch channel syndicate which are one of the most subscribed channels. On the twitch channel, Tom Cassell made history on YouTube by becoming the first person to reach one million followers in 2014

Tom Cassell usually comes up with unique and original content for his channels, which is always awaited eagerly by many gaming fanatics. With nearly 10 million subscribers, Tom's career as a youtuber is very lucrative, with him earning about one million dollars per annum. Tom also served as vice president on popular gambling website called CSGOLotto.com.

From his early age, Tom Cassell loved gaming just like a boy of his age but was a very skilled. When he was about 15, he met a friend who came up with the idea of recording his fantastic gaming skills, using a game-capture device. As a result, Tom researched more on the concept and came up with a brilliant modification for it.

Tom Cassell then began not only recording the video but also commentating on it. At the time, Tom did not own any lavish game set up. Over time, Tom bought most gaming essentials with savings from his pocket money. Though the career path he was taking was rare and remarkably less traveled, Tom had a sincere belief in his abilities that always kept him going. Things were not always smooth with the likes of his father frequently questioning the reliability of his passion.

At the time, Tom Cassell often used his camera to record his on-screen activities directly. Tom went on to share a video on his `Call of duty’ game, which brought him to the spotlight since many viewers widely appreciated it. Apart from his obviously top-notch gaming skills, Cassell always incorporates excellent humor and subtle sarcasm that has his fans loving him even more.

Tom Cassell started the syndicate project on 3rd September 2010. The channel went on to become the 65th most subscribed channel on YouTube by 2016, with about 10 million subscribers and 1.9 billion views. At first, Tom only dealt with videos based on games, i.e., Halo and Modern Warfare 2 let’s play. However, he later gained even more popularity when he introduced videos on Call of duty: Black ops. Then, Tom also came up with videos on the game code and `The mine craft Project.’

Tom Cassell owns and operates a twitch channel. By 2016, the channel had become the most followed with about 2.4 million followers. Also, he also amassed millions of followers on other social media platforms, i.e., Twitter and Instagram.

In 2014, Tom Cassell collaborated with fellow youtuber called Adam Montonya and Media Company called 3BlackDot, whereby they founded a multi-channel network, called Jetpack. The objective of the network was to help achieve a better and fairer means of payment for the revenue accrued. Apart from his lucrative YouTube career, Tom often gets promotion and advertising opportunities from famous companies that deal with gaming. In 2013, was part of the YouTubers that were featured to advertise and promote a new Xbox one console by Microsoft.

However, Tom Cassell's career path has not always been smooth. Tom has frequently found himself on the wrong side of Federal Trade Commission regulations as a result of his dealings. For example in 2015, he published videos of 3BlackDot’s game called Dead real, even though he had not revealed the financial ties to the product.

This led to a class action lawsuit in 2016. More so, Tom Cassell promoted the gambling website CSGOLotto.com in 2016, even though Tom had not revealed that he was its vice-president, which also caused problems with the FTC regulations. However, Tom later came publicly through his twitter account whereby he promised to be more transparent in his future dealings.

Tom Cassell is currently the voice of a character named Loki, in Marvel Avengers Academy, a mobile game.

Tom Cassell frequently travels around the UK and to the USA due to his gaming activities. Apart from gaming, Tom is a Vlogger, and a very entertaining one at that, who often always showcases his life to his fans.

Tom Cassell is known to have a pet named Steeve, which is a bearded dragon lizard.