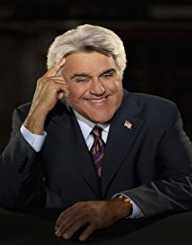 Jay Leno was born James Douglas Muir Leno is an American actor and comedian, television host and philanthropist. He was inducted into the Television Hall of Fame in 2014. Born on April 28, 1950, he is best known with NBC’s The Tonight Show with Jay Leno which he hosted from 1992 to 2009. From September 2009, he also served as the host for the weeknight primetime talk show, The Jay Leno Show, which is aired at 10:00 pm ET and NBC.

However, the show was cancelled in January 2010 when Jay Leno raged into controversy. Two months later he resumed as the host of The Tonight Show with Jay Leno until February 6, 2014. Before his TV career, Leno worked as a stand-up comedian for several years. As an actor, he played roles in several films and television series like Good Times, 1976, Fun With Dick and Jane, 1977, Going Nowhere, 1979 and One Day at a Time among several others.

Jay Leno was born on April 28, 1950, in New Rochelle, New York to Catherine and Angelo. His mother was Scottish-born who migrated to America at age 11 and father was a salesman born to Italian immigrants. Leno was educated at the Andover High School and after completion enrolled at the Emerson College, where he graduated with a bachelor degree in speech therapy. While there he formed a comedy club in 1973.

After his education, Jay Leno started a career as a comedian and performed some routine comedy on his maiden appearance on The Tonight Show on March 2, 1977. Aside from his comedy, Leno also had minor roles in several films and television series. His debut film was in an episode of Good Times “J.J in Trouble” in 1976 and later in Holmes & Yo-Yo. He went on to appear in others like American Hot Wax, Silver Bears, Almost Heaven all in 1978. Others are Going Nowhere, 1979, One Day at a Time, 1979, Polyester, 198, The Wild One, 1981, Laverne & Shirley and Collision Curse among others.

Jay Leno was regular step-in for the host of The Tonight Show, Johnny Carson since 1987 and finally replaced him in 1992. Many expected David Letterman, who at the time was the host of Late Night with David Letterman to be the successor for Carson but that didn’t happen which created several controversies and brought about dissatisfactions. Even with his new position, Leno did not quit comedy as he continued to perform stand-up comedy. He extended his contract with NBC as host of The Tonight Show in 2004 which was to end in 2009. After 2009, the show was taken over by Conan O'Brien.

After his NBC contract ended in 2009, Jay Leno did not leave NBC but coined the new show, The Jay Leno Show. The new show which had some of the feature and segments of The Tonight Show made a debut on September 14, 2009. It also featured celebrities and occasional musical guests with some of the first celebrities being Jerry Seinfeld, Oprah Winfrey, and Kanye West. His session with Kanye West discussed his 2009 MTV Video Music Awards controversies.

The program, however, did not live up to expectations and with the interruption of the 2010 Winter Olympics and complaints from other affiliates whose newscast was affected, his one hour time was cut to 30 minutes. NBC had to also push the Tonight Show to 12:05 am time slot. This development was not favorable to O’Brien, who at the time hosted the show so called it quits, and NBC had settled him with a $33 million payout.

Jay Leno was then made to return as the host of The Tonight Show on March 1, 2010. The show viewership dropped as he took over from 5 million to 4 million but remained as the most-watched late night program. He hosted the show from then on till his last appearance on February 6, 2014. His last show saw guests like Billy Crystal and Garth Brooks as a musical guest. Other surprise guests were Oprah Winfrey, Jim Parson, Kim Kardashian, Jack Black and Sheryl Crow among others. Jimmy Fallon succeeded him.

Jay Leno after The Tonight Show has continued with his stand-up comedy and has made several performances. It is estimated that he does an average of 200 live performances in Canada and United States each year. He has also made some appearances for charity. On TV shows, he has guest appearances on the Tonight Show with Jimmy Fallon, The Night with Seth Meyers and The Late Late Show with Craig Ferguson.

Jay Leno appeared as a defense witness for “The King of Pop” Michael Jackson during his trial in 2005 over allegations of child molestation. His testimony resulted in his initial ban on telling jokes on either the prosecution or Michael Jackson, but the ban was later lifted but with a clause of not discussing the trial or the testimony he gave. That day, Leno devoted his entire monologue to Michael Jackson jokes.

In 1980, Jay Leno married Mavis Leno but had agreed not to have children. According to him, all his remunerations from The Tonight Show is for savings while he makes a living with the proceeds from standup comedy. Known for his mandible chin, Leno stated in the book Leading with my Chin that there is a surgery for his mandible, but he can’t withstand the extended healing period. He was admitted for a day at the hospital for an undisclosed illness on April 23, 2009.

Jay Leno prefers to visit car collections or work in his garage during his free time. He neither smokes nor drinks.

Jay Leno has engaged in several philanthropic works, including a donation of $100,000 to the Feminist Majority Foundation’s campaign to halt gender apartheid in Afghanistan. It was aimed at educating the public on the sufferings of women in the country under the rule of Taliban. He also donated $100,000 to a scholarship fund at Salem State College in 2009. Fund from the auction of his Fiat 500 which went for $385,000 was also given out to charity to help wounded war veterans with temporary housing.