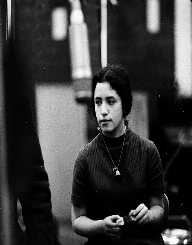 Janis Ian is regarded as one of the most influential singers and songwriter who ruled the 20th-century world. Since inception, Janis showed that she was a natural born singer. She loved to sing in family events as well as learning how to play musical instruments. Even before celebrating his teenage birthday, she perfectly knew how to play piano, flute, and guitar. Before fame, Janis sang his first song at the age of twelve which was afterward published in Broadside. At seventeen years old, Janis received her first Grammy award. Let’s see what she has in store for us.

On April 7, 1951, Janis Eddy Fink was born in the Bronx, in New York to Pearl and Victor. She spent her childhood life in New Jersey where she joined East Orange High School. At her tender age, she loved to compose songs as well as personifying other legends including Joan Baez. At six years old, she started to play several musical instruments including piano and guitar. She wrote her first song at the age of twelve titled Hair of Spun Gold. Before long, she opted to use her brothers, Eric Ian last name Janis Ian.

At 13 years old, Janis Ian wrote and managed to release her first single that titled Society’s Child Baby I’ve Been Thinking. Her first song brought mixed reactions to the point of being banned on countable of radio stations. This was due to his last lyrics that despised interracial dating. However, the song reached number fourteen on the Billboard Hot 100.She managed to sell over 700,000 copies. This acted as her path to success.

In 1967 Ian released the first album titled Janis Ian where it cemented number 30 and sold over 40,000 copies. Following her fame, she released three albums titled who really Cares, For All the Seasons of Your Mind, and The Secret of J Eddy Fink.

At 20 years old, Ian announced her early retirement but she returned later with a boom. It was here that she released another album titled Present Company. The album didn’t fathom well as she had expected. This made her move to California where she opted to sharpen her writing skills. She reprised after three years with a song titled Stars that cemented number 30 on the Billboard chart.

Janis success knocked in 1975 where she released her fourth album called Between the Lines. To her shock, the album overtook all of her previous releases. It cemented number one on the Billboard Album Charts. The single turned into her major hit across the globe. The song garnered her, her first award. Without a pause, she released another single titled Miracle Row followed by Aftertones.

In the mid of 1977, Janis released another single titled On Valentine’s Day which received positive reviews. She followed it up with a single called Fly Too High that was later featured in a film called Foxes. It paved the way to another album called Night Rains which garnered another Grammy award.

In the mid of 1980, Janis released several songs such as You Are Love which was also used as a theme of an action movie called Virus. This paved the way for another epic song that she titled as Restless Eyes. But the song didn’t receive huge fan-base. The following year Ian released her next single called Under the Covers. In the mid of 1982, Janis started to concentrate more on her writing instead of releasing more singles. It was here that she realized that she had potential for acting where Stella Adler mentored her.

In the mid of 1993, Janis launched an album titled Breaking Silence. After two years she started another album called Revenge. From 1997 to 2006 she released albums like Hunger God and the FBI, Folk Is the New Black among others. In 2008 Janis wrote and published her memoir Society’s Child.

Before marrying Tino Sargo, a filmmaker in 1978 Janis first married Peter Cunningham. Both of the mentioned alliances ended up in divorce. In 1993 Janis came out as a lesbian. After living a single life for ten years, she married Patricia Snyder. The couple seems to have a fruitful love life after 26 years.