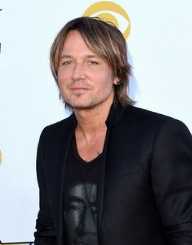 Keith Urban is a country music singer, guitarist, and songwriter born on October 26th, 1967. He is also a record producer and Television show judge who won the Golden Globe Award in 2012. This was for his single "For You," in the category of Best Original Song.

At a young age, Keith Urban appeared regularly in the Australian TV program, Reg Lindsay Country Homestead.  Later in the Tamworth Country Music Festival, he won golden guitar awards. The talented singer can play the mandolin, banjo, sitar, piano as well as bass guitar. He learned how to play all those instruments by the age of 45. Among his influencers in music include Lindsey Buckingham “Fleetwood Mac” and, Mark Knopfler “Dire Straits.”

Keith Urban was born on October 26th, 1967. His place of birth was in Whangarei in New Zealand. He is the last born son of Robert "Bob" Urban and his wife, Marienne. His father had his convenience store. From the age of 17, Urban lived in Caboolture, Queensland in Australia along with his parents.

In 1991, while in Australia, Urban’s self-titled debut album was released with the title Keith Urban.  The following year, he moved back to the United States. Sadly for the singer, he developed a cocaine habit in the process of finding a footing in the States.

Towards the mid-1990s, he began collaborations with a few artists like Vemon, Alan Jackson, and Toby Keith. By 1997, together with Peter Clarke and Jerry Flowers, they formed The Ranch band. In 1988, after releasing only one album and two singles, the band dissolved.

Keith Urban’s cocaine habit went from bad to worse. As a result, in 1998, he started rehabilitation at Cumberland Heights treatment center.

Keith Urban came out clean after rehab and immediately in 1999, released another self-titled album Keith Urban. This was his first American album. The album took him to higher heights of his career for it was of great success.

By 2002, Keith Urban released another album titled Golden Road. Among its singles include: ‘Who Wouldn’t Wanna Be Me,’ ‘Somebody Like You,’ and ‘You’ll Think of Me.’

Later in 2004, his album Be Here was out and later Defying Gravity was released in 2009. The following year Get Closer his other album was released and was ranked No. 7 by the U.S. Billboard 200.

His latest album is titled Fuse and was released in 2013.

Keith Urban’s song ‘Til Summer Comes Around’ earned him a Grammy Award in 2011. Throughout his career, he has received three other Grammy Awards.

Keith Urban together with his wife Nicole Kidman an actress they have two children. He tied the knot with her in 2006, and they have been together since then.