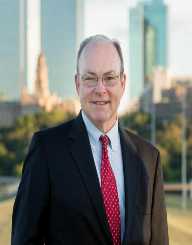 American politician James Robert Thompson was born on the 8 May 1936. His parents were James and Agnes Thompson, and his father was a medical specialist.

James Robert Thompson graduated from high school in 1953 and commenced tertiary studies at the University of Illinois, completing a law degree at the Northwestern University Law School in 1959.

After being called to the bar, Thompson worked as a public prosecutor in Cook County, Illinois where he was head of the Cook County state’s attorney appellate division (1959-1964). He then returned to Northwestern University Law School as a lecturer (1964-1969).

In 1969 President Richard Nixon appointed Thompson an assistant attorney general and by November 1971 he had become U.S. attorney for the Northern District of Illinois. During this time he handled many high-profile convictions including former governor Otto Kerner, Edward Barrett, and associates of Richard Daley.

In 1975 Thompson returned to practicing law, and in 1976, he ran as the Republican candidate for Governor of Illinois.

James R. Thompson was elected Governor of Illinois in 1976 after winning sixty-five percent of the vote which was a state record. He was governor for two years before being re-elected in 1978, beating Michael Bakalis by 596,000 votes. Thompson won again in 1982. Due to the recession at the time it was a close vote, and he won by only 5,074 votes against his opponent Adlai Stevenson. The 1982 election went down as the closest governor’s race in the history of Illinois. He beat Stevenson again in 1986 but that time by almost 400,000 votes.

Thompson did not run for governor in 1990.

Hallmarks of Thompson’s time as governor included being tough on crime. This included the reintroduction of the death penalty and the building of more prisons. He was active in the Build Illinois, a two billion public works building programme. He also supported the Art-in-Architecture plan which meant that half to one percent of the construction costs of public buildings in the state was spent on art.

In 1989 Thompson was appointed Chairman of President George W Bush’s Intelligence Oversight Board, and in 1990, he joined the law firm, Winston & Strawn.

After the events of 9/11 Thompson was appointed to the 9/11 Commission which was responsible for investigating all aspects of the attacks.

In 1991 James R. Thompson was presented with the Order of Lincoln, Illinois's highest honor. He is a member of The Lincoln Academy of Illinois. He was Illinois’s longest-serving governor.

In 1976 James R. Thompson married Jayne Carr, and they have one child, a daughter.