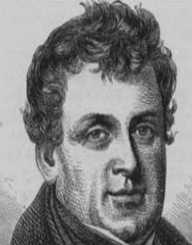 Daniel O'Connell was born on August 6th, 1775. He was a well-known Irish politician. He is remembered for his involvement in fighting for Irish Catholic rights. As a result, O'Connell managed to attract a large following more so from his Catholic Association.

Daniel O'Connell was born on August 6th, 1775. His birthplace was in Cahersiveen, County Kerry. He was born to a Roman Catholic family that was called O'Connells of Derrynane. This family was initially wealthy. However, the lands that it owned were taken away from them.

Daniel O'Connell first went to study at Reddington Academy situated on Long Island. His brother named Maurice O'Connell also accompanied him to study in the same school. Moments later, he also went ahead and studied law at Dublin’s King’s Inns.

With his exceptional qualifications that Daniel O'Connell earned from his law studies, he was welcomed to the Irish Bar in 1798. He later laid low for about a decade before venturing into the political arena in the 1810s. He began by first establishing the Catholic Board in 1811. This was a move that would help his campaign for Catholic emancipation.