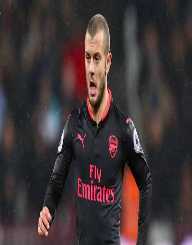 Jack Wilshere is a professional soccer player as a midfielder. He is an English

Jack Wilshere was born on January 1, 1992, in Stevenage, Hertfordshire. He grew up at Hitchin. It was here Jack became a captain of the Priory School football team. He leads theteam for County Cup and District Cup and also for Under 15s National Cup

Jack Wilshere, in 2007, competed in Champions Youth Cup in Malaysia and returned to England.  Stave Bould, Arsenal Academy coach, recognized Jack Wilshere’s talents and gave him an opportunity to play for under-18s game against Chelsea under-18 group. Wilshere achieved his first goal, and the team won with a score of 4-1. Wilshere not only completed his full assignm Wilshere ent with the under-18s but also achieved 13 goals in 18 featuring and all of them scored at the age of 15. Wilshere was credited with a hat-trick against Watford under-18s which made his team to get Academy Group A title.

Wilshere joined Arsenal Reserves at the age 16 to play against Reading.  This was his premiere appearance.  He scored only one goal but the play ended in a draw.  Jack Wilshere played against West Ham in March 2008 and scored an unforgettable goal. Jack Wilshere earned the success for the under-16s in the Ferroli Cup and honored as the player of the tournament.  He then played a significant part in the Arsenal’s 2009 FA Youth Cup and made his team win the game. He also played against Liverpool.

Wilshere’s coach Wenger provided him an opportunity to play in the team of Arsenals for 2008-09 session and was given No.19 for his shirt.  Wilshere exhibited his spirited performance in his premiere in the Premiere League competition against Blackburn Rovers at Ewood Park in 2008 as a replacement for Robin van Persie.  Jack Wilshere helped Arsenal to achieve an impressive 6-0 win against Sheffile United in the League Cup by score his first goal.  Wilshere played as a replacement in the UEFA Champions League to play at the age of 16.

Wilshere entered into his first professional contract in 2009.

Wilshere played a friendly match in the Emirates Cup and named Man of the Match two times. He played for Arsenal to lead them to 2-0 victory in the League Cup over West Bromwich Albion.  There was a doubtful incident at the end of the match with Jerome Thomas.

Wilshere was admitted into Bolton Wanderers for a short time till the close of 2009-10 session.   He achieved his first goal for Bolton in the Premier League in March 2010.  Bolton was so overwhelmed with Jack Wilshere's achievement and tried to renew his loan for another session but in vein.

Wilshere earned the distinction of becoming the 10th youngest player of Three Lions, in the senior England group in 2010-11 session.  He played a competitive game in all the three Arsenals Premier League.  The match against Liverpool was a draw with 1-1, won over Blackpool with 6-0.  He had continued to perform well, but he received a red card in a match against Birmingham City.   Then Wilshire played in the European competition against Shakhtar Donetsk and helped Arsenal to go to the top with an excellent play.

Wilshere regularly played with Alex Song as a midfield.  He had the obligation to shield Arsenal against Chelsea.  Wilshere exhibited excessive forte against Michael Essien and John Obi Mikel to steer Arsenal to a 3-1 victory. Jack Wilshere featured seven times in January while he played along with Alex Song at the center of midfield of Arsenal.  Fabio Capello, England’s manager, recognized the performance of Jack Wilshere.  Wilshere session with Arsenal saw 49 appearances in all the matches.

Wilshere got hurt at his ankle when playing for the Emirates Cup pre-session friendly match against New York Red Bulls and had surgical intervention. Wilshere did not play during the 2011-12 session. He could not also part take in the 2012 Summer Olympics and England’s UEFA Euro 2012 drive.  After recuperating from his injury,  Wilshere appeared in the Premiere League and won over Queens Park Rangers.  His augmentative and skillful play made him archive the Man of the Match title.

Wilshere's play against West Bromwich Albion on behalf of Arsenal achieved another Man of the Match. He entered into a long-term contract with Arsenal and continued his peerless plays and achieved a win against Swansea City in FA Cup. Again, his excellent play against Welsh got him another Man of the Match. Wilshere captained during the absence of Thomas Vermaelen due to an injury he suffered while playing against West Ham. Wilshere then participated in the North London derby against Tottenham Hotspur. However, he was injured at the end of the session and couldn’t continue the balance matches. Wilshere played as a replacement against QPR, Wigan Athletic, and Newcastle United

Jack Wilshere commenced the session during 2014 playing on the left wing.  He achieved his first goal in October against West Bromwich Albion. He achieved his second goal against Norwich City at Emirates. His professional brace achieved in November 2014 against Olympique de Marseille in the UEFF Champions League.

Wilshere behaved badly in a match in Dec.2014 against Manchester City and was suspended for two matches

Wilshere played for friendly matches between England and Denmark in March 2015. Wilshere suffered a hairline crack on his left foot while Daniel Agger confronted him and was rested for six weeks. In consequence, Wilshere couldn’t partake in the Arsenal matches against Chelsea and Manchester City. He also missed FA Cup semi-final against Wigan in April. Wilshere played as a substitute in 2014 FA Cup Final in May 2014, when Arsenal vanquished Hull City, 3-2 at Wembley Arena.

Wilshere scored a goal against Norwich in May 2015, and he was honored the BBC Goal of the Season.

Wilshere was awarded the 2014 FA Community Shield when Arsenal defeated Manchester City 3-0 in August 2014.  While playing against Manchester in Nov.2014, Wilshere was injured in his left ankle and was rested for three months

Wilshere in May 2015, helped Arsenal win West Brom, 4-1 and achieved a place in the next sessions UEFA Champions League.  In view of this success, Wilshere was nominated for BBC Goal of the Season. Wilshere was the first player to achieve the award successively since the commencement of Premier League.

Wilshere, again in May 2015, played as a replacement in the 2015 FA Cup Final over Aston Villa at Wembley Arena and won 4-0. Wilshere sang an insulting rhyme against Tottenham and was accused of misbehavior.

Jack Wilshere suffered an injury in his leg in August 2015 and had surgical intervention in Sept.15.  He was rested for three months.  In April.16, Wilshere became active in sports and played an against Newcastle and scored his maiden goal after returning from surgery against West Brom U-21 after a little later. Wilshere joined Arsenal against Sunderland and came to the field as a substitute to Mesut Ozil.

Wilshere joined Bournemouth for the 2016-17 session on loan and wore a jacket#32 earlier worn by Eunan O’Kane.  Wilshere made his debut for Bournemouth as a replacement for West Bromwich Albion to lead the team to victory, 1-0. Wilshere achieved successively the award, Player of the Month for Bournemouth for November and December 2016.

Wilshere again suffered a hairline crack in his leg in April 2017 when he collided with Harry Kane in a competition against Tottenham at White Hart Lane. Wilshere could not complete the session for Bournemouth and returned to Arsenal.

Wilshere did not sign any contract offers made by various clubs during the 2017-18 session. In Sept.2017, Jack Wilshere played for Arsenal as a replacement in the later half of the game against FC Koln in Europa League.  In September 2017, played against Doncaster Rovers in the first and second half (90 minutes).  Wilshere received accolades for his excellent performance.

Jack Wilshere again played as a replacement in his Premier League, in October 2017, against Everton at Goodison Park and helped Aaron Ramsey to score the goal.  The League match won in 5-2.  In Dec.17, Wilshere achieved the goal for Arsenal and Gunners vanquished BATE Borisov, 6-0 in the Europa League.

Jack Wilshere commenced the Premier League for Arsenal and secured a draw (0-0) with West Ham United in Dec.2017. In January 2018, Wilshere achieved his first Premiere League goal and ended a draw with London rivals, Chelsea.

Jack Wilshere made public in June 2018, his desire of quitting Arsenal at the expiry of the current contract.

Some of the notable plays, Wilshere has played are:

Wilshere has received accolades from his manager and those who have witnessed his professional performance.

Jack Wilshere had a son from his girlfriend Lauren Neal on Sept. 2011. He was named Archie Jack Wilshere.  In Sept.2013, Neal gave birth to another child, Delilah Grace Wilshere.

Wilshere, in mid-2015, had an affair with his barber’s daughter, Andriani Michael. In June 2017, Jack Wilshere married Michael in Tuscany, Italy.

Jack Wilshere made a presence in the FIFA 12 along with Wayne Rooney in Nov.2011.  He was also the promotor for St John Ambulance. Wilshere made public his support for UNHCR in creating funds in aid of residents in the Philippines who had suffered by the cyclone Hainan Typhoon.

And many more to his credit.