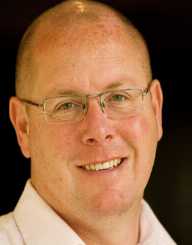 Nicholas Leeson is an English rogue trader famous for a dishonest way of running the first Barings Bank in the United Kingdom. His speculative moves led to the collapse of the Bank in 1995. Leeson later served jail for his action.

Nicholas William "Nick" Leeson was born on 25th February 1967 in Watford. He was a student at Parmiter's School. After completing his education in 1985, Leeson got his first job in a private bank as a clerk. Three years later he moved to Morgan Stanley before moving to Barings.

Nicholas Leeson moved to Singapore in 1992 to work as the general manager of futures markets. His move to Singapore was as a result of being denied broking license in Britain.

In Singapore obtaining a broking license came easily since he never disclosed the reason he had been denied authorization in the United Kingdom.

He made his first speculative trade in 1992 which made a profit of approximately £10 million for Barings. The deal earned him a £130,000 profit.

Things started going south for Leeson when he used ‘error accounts’ to hide his blunders. It was an account that had been used by one of his colleagues to hide the company’s losses.

Nicholas Leeson went on to use the account to hide his evil deeds. Despite his claims that he never used the account for his gains, a press report in British later reported otherwise.

In the bank, Leeson's position as the chief trader made it easy for him to see through his fraudulent operations.

Barings accounts made losses of up to £2 million in 1992. By the end of two years, the losses escalated to £208 million.

His worst market prediction came on 16th January 1995. An attempt to make up for his blunders led to further losses in the company.

After noticing that there was nothing he could do he decided to flee Singapore. On 23rd February 1995, Nicholas Leeson left a note indicating he was sorry before living the country.

Under his watch, the company made losses of up to £827 million, an amount that was twice the company’s total profits.

After failed attempts to revive the oldest merchant company, it was declared insolvent on 26th Feb. Leeson fled to different countries to evade arrest.

The law finally caught up with Nicholas Leeson in Frankfurt, Germany. The German authorities deported him to Singapore on 20th November 1995. He faced charges of deceiving his superiors on the riskiness of his actions and putting the company to tremendous losses. Leeson pleaded guilty of both charges.

He served his six years imprisonment in Changi Prison in Singapore. He was diagnosed with colon cancer while serving his jail term. During his stay in prison, Leeson published his autobiography Rogue Trade. A film of the same name was a product of Leeson’s biography.

After serving his six years imprisonment, Nicholas Leeson moved to West Ireland where he served as a guest lecturer at the National University of Ireland.

Leeson works as the Head Educator at Bizintra, a trading academy. In the 22nd Celebrity Big Brother, he was placed fourth in the competition.

While serving his jail term, Nicholas Leeson divorced Lisa who was his first wife before marrying Leona Tormay in 2003. The couple lives in Barna, County Galway, Ireland.

He was later appointed the Galway United F.C. commercial manager before taking over as the general manager of the team. He resigned from the position in 2011.