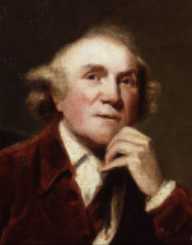 Edward Jenner was an English country doctor who discovered the smallpox vaccination was born on 17th May 1749 in Berkeley, Gloucestershire, England. His father was a vicar.

Edward Jenner was apprenticed to the surgeon, Daniel Ludlow when he was fourteen years of age. Later, in 1770, he was apprenticed to John Hunter, learning surgery and anatomy at St George’s Hospital. Hunter became a mentor. They kept in touch and later, it was Hunter who proposed him for membership of the Royal Society. Jenner was awarded his medical degree from the University of St Andrews in 1792. In 1793, he returned home to Berkeley to establish his medical practice working as a family doctor and surgeon.

Edward Jenner's work was on the smallpox vaccination, vaccines, and immunity.

Edward Jenner helped form the Gloucestershire Medical Society. This involved meetings to discuss medical subjects, furthering their knowledge and keeping up to date with medical advances and theories.

Edward Jenner married Catherine Kingscote in 1788. She was the daughter of Anthony Kingscote of Kingscote Park in Gloucestershire. Catherine died from tuberculosis in 1815.

In 1796, Edward Jenner set out to prove the smallpox theory. Earlier physicians were aware that there was a link between cowpox exposure and smallpox immunity. John Fewster was looking into it in 1768, and others were also testing the theory. It was Jenner’s work however that clarified and proved the theory.

The idea of smallpox immunity arrived in England via the wife of a British Ambassador to Turkey who had heard about people exposing themselves to a virus to gain immunity.

Jenner had developed his theory working on folklore that milkmaids who suffered from cowpox disease, seemed to avoid smallpox, even when exposed to it. Jenner’s experiment was to insert pus taken from a cowpox pustule and insert an incision in a human being. He used an eight-year-old boy for this experiment, James Phipps. Jenner was proved to be correct, and the science of immunization was brought into being.

Before this, smallpox was one of the biggest killers, particularly of children. Before general acceptance of the idea, Edward Jenner had to convince that conservative medical establishment. In 1797, he presented a paper to the Royal Society. They requested further proof.

Jenner then began experimenting on children, one being his eleven-month-old child. The Royal Society reviewed the results, and finally, in 1798, they were published. The age of mass vaccination had begun. The word vaccine comes from the Latin word vacca, which means cow. Jenner invented the word vaccine.

There was criticism. Jenner was ahead of his time, and many people were not ready for what he was achieving. The clergy, in particular, thought it most ungodly inject someone with fluid from a diseased animal. There were cartoons of people with cow’s heads, ridicule, and scorn. Science won out, and the results spoke for themselves. Soon vaccination became commonplace.

Edward Jenner won widespread fame. He spent the rest of his working life researching and developing the smallpox vaccination. He died in January 1823

Jenner was appointed the president of the Jennerian Society in 1803. This society lasted until 1809, being replaced by the National Vaccine Establishment. From 1805, he was a member of the Medical and Chirurgical Society, later to become the Royal Society of Medicine.

Edward Jenner won many honors including being appointed as physician to King George IV and the Mayor of Berkeley. He was a valued member of the select Royal Society. He was accepted as a member of the Society in 1788, shortly after his publication on the life of the nested cuckoo. In 1823, he presented a paper to the society on the Observations on the Migrations of Birds.

Edward Jenner is considered the father of immunology. In 1980, smallpox was declared an eliminated disease by the World Health Organisation.

Edward Jenner had apoplexy in January 1823. He survived a short time, paralyzed on his right side but died shortly afterward on 26 January 1823.