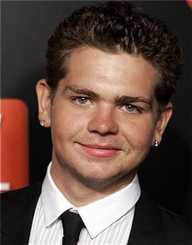 Jack Osbourne is an English media personality and an advocate for multiple sclerosis. Born on November 8, 1985, he is the youngest son of the heavy metal singer, Ozzy Osbourne. Asa member of the Osbourne family, Jack Osbourne featured in the MTV reality show The Osbournes from 2002 to 2005. He featured alongside Ozzy Osbourne, his mother Sharon and sister, Kelly.

As a media practitioner, Osbourne works as a fitness and travel reporter. From 2005 to 2009, he presented the show Jack Osbourne: Adrenaline Junkie and Saving the Planet on BBC in 2007. In 2012, he was diagnosed with multiple sclerosis and since been advocating for the illness. He started the reality show Ozzy& Jack’s World Detour with his father on History Channel in 2016. Osbourne has dual citizenship, American and British.

Jack Osbourne was born on November 8, 1985, in London to Ozzy Osbourne and Sharon (nee Levy). His father is the heavy metal singer of Black Sabbath. Jack Osbourne is the youngest child of three with elder siblings Aimee and Kelly Osbourne. He also has two half-siblingsLouis Jack Osbourne and Jessica Hobbs from his father’s side. He had his early upbringing in the Chiltern Hills in Buckinghamshire until the age of six when the family moved to Los Angeles. The Osbourne family will return to Buckinghamshire after a year.

When he was eleven years the family moved again and this time to Beverly Hills. The frequent movement affected his education. Osbourne had fragile health growing up. At age eight he was diagnosed with a form and dyslexia and with ADHD when was ten years. Jack Osbourne received education from a Christian school in Los Angeles and later the special needs Park Century School. With his mother managing the band The Smashing Pumpkins at Virgin Records, he gained an internship at the Records at age 14. He later worked for Epic Records as A&A scouter.

Aside from appearing in The Osbournes, Jack Osbourne appeared in Austin Powers: Goldmember. Alongside with Kelly, they featured in a Super Bowl advertisement for Pepsi Twist. He played the friend of Audrey in Season 6 of Dawson’s Creek from 2002 to 2003. Jack Osbourne also appeared on The X Factor, the fifth season of That 70s Show and the eight season of Hell’s Kitchen.

He started his own show Union Jack on Channel 4 in 2003 after returning from rehabilitation. He played a minor role of Justin in New York Minute starring the Olsen twins. Gaining an interest in health and fitness, he co-hosted the show Celebrity Wrestling: Bring it On!onITV2 in 2005. That same year, he featured in Extreme Celebrity Detox.

In 2002 at age 15, Jack Osbourne with his father, mother, and sister, Kelly Osbourne featured in the family TV series The Osbournes on MTV. The show, which ran until 2005, became very popular throwing Osbourne into the limelight. He played the character of the deviant teenager who liked partying and troubling his sister Kelly. The show won an Emmy Award in 2002.

Jack Osbourne started the program, Jack Osbourne: Adrenaline Junkie produced by Ginger Productions from 2005 to 2009. It was on his training regimes to undertake sporting activities like mountaineering and climbing. The show that lasted for 29 episodes was shown on ITV2 in Britain, GOtv in South Africa, the Travel Channel in the U.S., MuchMusic in Canada and The LifeStyle Channel in Australia.

In the first series, he lost 23kg in Thailand at the Muay Thai martial arts camp to be able to climb El Capitan. In 2007, he shot the series Saving Planet Earth for the BBC. His most current show is worldwide travelogue Ozzy& Jack’s World Detour on the History Channel along with his father.

Jack Osbourne became addicted to alcohol and drugs starting with marijuana at age 14. With an addiction to OxyContin, he was admitted to a child psychiatric ward. His drug use even intensified after his mother was diagnosed with cancer.  On a drug usage spree, Jack Osbourne attempted suicide by cutting his hand with a broken glass after overdosing a cocktail of prescription pills. This was just because he called his girlfriend, but her ex-boyfriend answered the phone. Realizing the destructive nature of drugs, Jack Osbourne decided to do away with his bad habit. He, therefore, checked himself into an adolescent psychiatric ward. After a 10-day detoxifying program, he enrolled in a recovery program at a rehab center in Malibu.