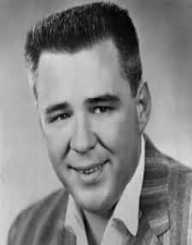 Jiles Perry Richardson Jr. was born on 24th October 1930 in Sabine Pass, Texas, in the United States. Richardson was born to Jiles and Elise Richardson, and he had two younger brothers. The family moved to Beaumont, Texas when Richardson was still young.

He studied at Beaumont High School, and he graduated in 1947. He then attended Lamar College, and he worked as a radio disk jockey during that time.

J.P. Richardson worked part-time for radio station KTRM. The station offered him full-time employment in 1949, which Richardson accepted. As a result, he dropped out of college to take up his disk jockey position.

In 1954, the radio station promoted Richardson to the position of supervisor of announcers. The US Army drafted Richardson in 1955, and he completed basic training in California. He worked as a radar instructor for the remainder of his two-year service requirement.

Richardson left the army at the rank of corporal in March 1957, and he returned to KTRM radio. Although he started in a morning time slot, before long, he had the 3 pm to 6 pm time slot.

He called himself "The Big Bopper" after a new dance craze called "The Bop".Within a short space of time, Richardson became the program director at KTRM. He broke the record for broadcasting on-air continuously in 1957. Richardson is also credited for creating the first music video in 1958.

J.P. Richardson began his performing career as a songwriter. He started with a hit for George Jones called White Lightning in 1959. He then followed with a song called Running Bear for Johnny Preston.

Harold "Pappy" Daily launched Richardson's recording career. Daily was a director at Mercury Records, where he signed Richardson to a contract.

Richardson's first single, Beggar to a King, was unsuccessful. His second recording, however, Chantilly Lace, was very successful. He recorded the song under his name of The Big Bopper. The song was in the national Top 40 for 22 weeks, reaching number six on the charts.

He followed this with another successful recording in 1958, called, The Big Bopper's Wedding. Richardson either wrote or recorded 23 songs. They included Little Red Riding Hood and the Bopper's Boogie Woogie.

In January 1959, J. P. Richardson joined other stars such as Buddy Holly, Ritchie Valens, and Dion and the Belmonts on tour. The tour was called a Winter Dance Party.

They were eleven days into performing when Holly chartered a plane to fly them on one of their tour legs. The performers were tired from the long bus drives. Due to this, they looked forward to arriving early at the next venue. This would enable them to do their laundry and get some much-needed rest.

Holly chartered the plane to fly from Iowa to Minnesota. Roger Peterson was the local pilot. He had just worked a tiring 17-hour day, but he agreed to fly the performers.

Holly was taking his two band members, Waylon Jennings and Tommy Allsup with him in the plane. Richardson had the flu, so Jennings subsequently gave up his seat to enable Richardson to be more comfortable. Valens and Allsup tossed a coin for the other seat, and Valens won.

After the show, the three men drove to the airport. The pilot received clearance at 12.55 am on 3rd February 1959. After takeoff, the plane remained airborne for just a few minutes.

The plane hit the ground at full speed, only five miles from where they took off. The men all died instantly from the impact. The cause of the crash is still unknown.

The Rockabilly Hall of Fame recognized J. P. Richardson's contribution to the genre. The Iowa Rock'n'Roll Hall of Fame inducted him in 2010.

In 1952, J.P. Richardson married Adrianne Joy Wenner. They had a daughter late in 1953, and a son in 1959. Richardson's son followed him into the music industry, and he became known as "The Big Bopper, Jr."