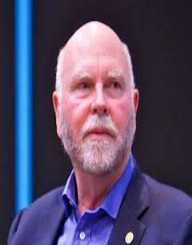 J. Craig Venter is an American biochemist, geneticist, and entrepreneur.

John Craig Venter was born on October 14, 1946, in Salt Lake City, Utah. His father was John Venter, and his mother was Elizabeth Venter. During his youth, he spent plenty of time surfing. During the Vietnam War, he joined the U. S. Navy as part of the staff in a field hospital.

J. Craig Venter studied at the Mills High School in the city of Millbrae, California. He enrolled at the San Mateo Community College. He then continued studying biochemistry at the University of California at San Diego. In 1975, he earned a Ph. D. in pharmacology and physiology.

From 1976 to 1982, J. Craig Venter was a professor at the State University of New York at Buffalo. In 1984, he joined the National Institutes of Health. There, he was part of the Institute for Genomic Research and the Institute for Neurological Disorders and Stroke. In 1998, he founded his company, called Celera Genomics. His goal was to use shotgun sequencing to get human genome data.

In 2002, he was fired from the company after a conflict with the primary investor. In 2004, he announced the Global Ocean Sampling Expedition. He sent a team of scientists to take genetic samples of marine microbes on his yacht.

J. Craig Venter co-founded the company Synthetic Genomics in 2005. The firm works on using microorganisms to create biofuels, medicine, and various biochemicals. The following year, he founded the J. Craig Venter Institute. It is a non-profit organization dedicated to research in genomics and synthetic biology.

In 2007, he worked with a team of scientists to discover his DNA sequence. It is the first complete human genome ever published. In 2010, he led a team of scientists to create early synthetic life. In 2014, he co-founded Human Longevity, a company dedicated to extending the human lifespan. He served as the firm’s CEO until his retirement in 2018.

In 2007, J. Craig Venter published his autobiography, titled A Life Decoded: My Genome, My Life. In 2013, he published the book Life at the Speed of Light: From the Double Helix to the Dawn of Digital Life. In it, he talks about the possible fusion of computer programming and genetical programming. His third book is The New Darwin: A Revolution in Our Understanding of the Natural World. He delivered commencement speeches at Boston University, Syracuse University, and the University of Alberta.

J. Craig Venter received the Jacob Heskel Gabbay Award, the Biotechnology Heritage Award, the Benjamin Rush Medal, and the Dickson Prize. In 2008, President Obama awarded him with the National Medal of Science. That same year, he won the Double Helix Medal, the ENI Award, and the Kistler Prize. He received nominal doctorates from Arizona State University, Imperial College London, and Clarkson University. He has been featured in magazines such as Wired, The Times, The Atlantic, The Economist, Cosmos, and Men’s Journal.

From 1968 to 1980, J. Craig Venter was married to geneticist Barbara Rae. They had a son named Christopher. From 1981 to 2005, he was married to scientist Claire M. Fraser. Since 2008, he has been married to PR consultant Heather Kowalski.