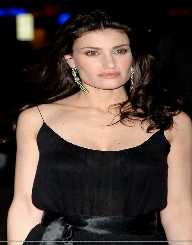 Idina Menzel is an American stage actress, singer, and songwriter. She is best known for her role in the Broadway Musicals ‘Rent’ and ‘Wicked.’ Her powerful rendition of the song ‘Let it Go’ in the Disney animation film ‘Frozen’ won her the ‘Academy Award’ for the ‘Best Original Song.’ Her fans are known as the ‘Fanzels.’

Idina Kim Mentzel was born on May 30, 1971, in Syosset, New York, United States. Later on, Idina changed the spellings of her surname to ‘Menzel’ to suit the American pronunciation style. Menzel’s grandparents hailed from Eastern Europe. She was from a Jewish family. Her father Stuart Mentzel was a pajama salesman and mother Helene was a therapist. She had a younger sister called Cara Mentzel.

Growing up in Syosset, Idina Menzel attended the Syosset High School. Her parents divorced when she was only fifteen years old. After her parent’s divorce, she started singing in weddings and at bar mitzvahs while continuing her high school study. She continued the work throughout her college life, where she secured a Bachelor of Fine Arts Degree in Drama from New York University’s Tisch School of The Arts.

On January 26, 1996, Idina Menzel made her professional debut with theatre when she performed in the Broadway Musical ‘Rent’ at the New York Theatre Workshop. The musical was later shifted to Broadway’s Nederlander Theatre due to its increasing popularity. Menzel received a ‘Tony Award’ nomination in the category of ‘Best Featured Actress in a Musical’ for her characterization of the lesbian Maureen Johnson in the original cast of the musical. She eventually lost to Ann Duquesnay for ‘Bring in 'da Noise, Bring in 'da Funk.’ She made her last appearance in the musical on July 1, 1997.

Idina Menzel then appeared in an Off-Broadway production of Andrew Lippa's ‘The Wild Party’ and earned a ‘Drama Desk’ nomination for her portrayal of the character ‘Kate’ in it. She returned to Broadway in a musical titled ‘Wicked’ in 2003. It was an adaptation of best-selling Gregory Maguire novel ‘Wicked: The Life and Times of the Wicked Witch of the West’ (1995).

Menzel received the 2004 ‘Tony Award’ for ‘Best Leading Actress in a Musical’ for her portrayal of Elphaba, the green-skinned young woman. The musical produced by Stephen Schwartz and Winnie Holzman also starred actress and singer Kristin Chenoweth. The character of Elphaba eventually came to be known as the Wicked Witch of the West in The Wizard of Oz fables. It was her signature tunes for the musical like ‘Defying Gravity’ which helped Menzel win the ‘Tony Award’ for ‘Best Actress Musical.’

Idina Menzel tried her hand in T.V, film and pop music career as well. She released her first solo album ‘Still I Can’t be Still’ on Hollywood Records after the success of ‘Rent’ in 1998. Her next two studio albums were ‘Here’ (2004) and ‘I Stand’ (2008). She appeared on the big screen in the 2005 movie version of ‘Rent,’ 2007’s ‘Enchanted’ besides a host of other projects. Among her notable T.V appearances, her role of Shelby Corcoran in the television series ‘Glee’ received critical acclaim.

Menzel played the character of snow queen Elsa in the film and her powerful rendition of its self-empowerment anthem ‘Let It Go’ won the ‘2004 Academy Award’ for Best Song and also the ‘Grammy Awards’. The track was also nominated for a ‘Golden Globe Award.’ The track was able to reach the top 5 of the Billboard pop charts on the strength of its streaming and download activity.

Idina Menzel returned to Broadway in 2013 when she performed as ‘Elizabeth’ in the Tom Kitt and Brian Yorkey musical ‘If/Then’ directed by Michael Greif. She was nominated for her second ‘Tony Award’ for ‘Best Leading Actress in a Musical’ for her performance in ‘If/Then.’ This time too she eventually lost to Jessie Mueller for ‘Beautiful: The Carole King Musical.’

At the concert ‘A Broadway Celebration: In Performance at the White House,’ Idina Menzel performed ‘Defying Gravity’ and ‘What I Did For Love’ in front of President Barack Obama and First Lady Michelle Obama on July 19, 2010. The program was aired on PBS on the very next day.

Idina Menzel met fellow actor and singer Taye Diggs during the making of ‘Rent’ in 1995. They finally tied the nuptial knot on January 11, 2003. The couple were blessed with a son on September 2, 2009, and named him Walker Nathaniel Diggs. Menzel and Diggs ultimately divorced on December 3, 2014, after spending ten years together.

In April 2015, Menzel and Aaron Lohr appeared together at the White House Correspondents' Association Dinner. On September 23, 2016, Menzel announced her engagement with Aaron Lohr through her twitter account. Both of them had played important roles in the film adaptation of the Broadway musical ‘Rent.’ They were also a part of the Off-Broadway musical ‘See What I Wanna See.’ They have together bought a home in Encino, Los Angeles, California.

Idina Menzel has performed in many charitable concerts raising funds for people in need. She established the organization ‘A BroaderWay Foundation’ with her ex-husband Taye Diggs. The organization supports young talents in the field of arts. She is also a very vocal supporter of LGBT rights and has partnered with foundations like ‘The Trevor Project,’ ‘Give it a Damn Campaign’ & the ‘NOH8 Campaign’.