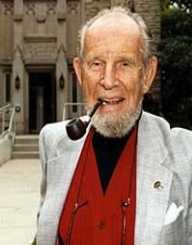 Hume Blake Cronyn Jr., OC, was a Canadian actor. He was born on July 18, 1911, his seven decades career encompassed stage, television, and films acting. Cronyn was also a writer and director. Cronyn and his wife Jessica Tandy starred opposite each other in numerous films.

Hume Blake Cronyn Jr. was born on July 18, 1911, in London, Ontario, Canada. He was one of the five children of Hume Blake Cronyn Sr. and Frances Amelia. His father was a businessman and politician who became the member of Parliament for London and his mother an heiress of the Labatt brewing company. Growing up he was attracted to the theatre, and this interest was encouraged by his parents who took him to see performances when he was 15 years.

He was also a sportsman and loved to box. He attended the boarding school Elmwood School in Ottawa (at the time called Rockliffe Preparatory School) from 1917 to 1921. He continued at Ridley College in St. Catharines before enrolling at McGill University in Montreal, to study law.

Hume Cronyn was a member of the Kappa Alpha Society and joined the University’s boxing team. In 1932, he was chosen as part of the Canadian Olympic boxing team. Cronyn’s interest in drama never drained and decided to make it a profession and therefore quit his law studies.

He had since 1932, been spending summer in the United States where he took acting lessons. He studied under Max Reinhardt and at the American Academy of Dramatic Arts.

Hume Cronyn joined The Lamb in 1934 and followed it with a Broadway debut in Hipper’s Holiday as a janitor. Before this, he had made a theatre debut in the play Up Pops the Devil in 1931. Cronyn soon gained several roles because of his versatility and paying attention to details. His appearance in Anthon Chekov’s Three Sisters was highly acclaimed.

He made a Hollywood debut with Alfred Hitchcock’s Shadow of a Doubt in 1943. He followed it with Lifeboat, 1944 also by Hitchcock’s and did the screenplays for Rope, 1948 and Under Capricorn in 1949.

His role in The Seven Cross, 1994, earned him an Academy Award nomination for Best Supporting Actor. In 1964, he performed as Polonius in Hamlet opposite Richard Burton. The role won him a Tony Award.

Hume Cronyn's television appearances include on The Barbara Stanwyck Show, episode"Kill With Kindness" in the Alfred Hitchcock Presents, and the episodes "Over Fifty, Steal" (1970) and "Odd Man In" (1971) of Hawaii Five-O

Hume Cronyn married three times first to philanthropist Emily Woodruff. The couple did not live together, and Emily wanted it to remain a secret since she was into lesbian relationships. The marriage ended in 1936. His second marriage was to actress Jessica Tandy in 1942.

They also featured in the radio series, The Marriage, from, 1953 to 1954. They had two children, a daughter Tandy, and a son, Christopher. Jessica died of ovarian cancer in 1994 at age 85. Cronyn then married his third wife author/playwright, Susan Cooper. The two had in 1996 co-written Foxfire. His autobiography, A Terrible Liar, was published in 1991. Cronyn died from prostate cancer on June 15, 2003, at age 92.

Hume Cronyn was inducted into the American Theatre of Fame in 1979 and Canada’s Walk of Fame in 1999. He was appointed an Officer of Canada with the Post Nominal Letters “OC” on July 11, 1988. He also received Honorary Doctor of Law degree from the University of Western Ontario.