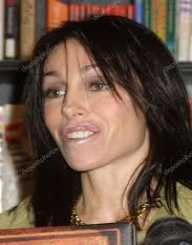 Heidi Fleiss is an American criminal who is known by her famous name as the “Hollywood Madam.” She belongs from a high-class prostitution ring that is said to have catered to the sexual needs of many wealthy and powerful clients like Charlie Sheen etc.

Heidi Fleiss is best known for her trial when she threatened to reveal the names of all the customers that she had in a book by the title of “The Black book; though she never revealed the names of any of them. She was undergoing a trial for pandering and was also sentenced to three years of prison by a jury.

Heidi Lynne Fleiss was born on the 30th of December in the year 1965 in the city of Los Angeles, California. She was born to Paul M. Fleiss and Elissa. She had six siblings in the family. Her parents got divorced in the coming years.

She dropped out of college at the age of 16 but after receiving her high school equivalency, she attended Valley College for a brief period, and she also attended the Santa Monica College as well.

Heidi Fleiss started working as a waitress before she began a relationship with Bernie Cornfield who was a financier. By the year 1988, she was introduced to Elizabeth Adams who was Beverly Hills madam from a long period and had the exclusivity to deal with wealthy clients only.

Using this opportunity to her benefit, she made a lot of contacts in the high society and also a name for herself in the market. Reports also suggest that she was so good at her job that she made her first million dollars within first four months of being into the business as a madam.

By the year 1990, she had parted from Adams and also started her prostitution ring which rose to fame by the year 1991, and she had tasted so much success that she began rejecting girls who were looking to work for her and shortlist from among them the type of girls she needed.

Though, Heidi Fleiss was arrested for the first time for multiple charges including charges for attempted pandering in the year 1993. When the case went for a trial, the jury convicted Heidi Fleiss for three charges of pandering out of 5 which were levied by the state of California.

The jury sentenced Heidi Fleiss for a minimum sentence of 3 years in prison but the case went onto an appeal in the year 1996, and the same conviction was overturned after there was an admittance of jurors regarding the vote trading and other fractions.

Following the same the very next year she was also tried by the Federal court where she was convicted of the charges of tax evasion and money laundering as well. Under the same, she was sentenced for seven years of sentence serving the same in the Federal Correctional Institution in Dublin in the state of California. She completed 20 months and a halfway through she was released and was also ordered 370 hours of community service.

This trial gained a lot of media coverage because Heidi Fleiss’s prostitution ring had a lot of wealthy and influential clients which Heidi Fleiss reported to have recorded in a book and was threatening to reveal the same during the trial which ultimately she did not. Actor Charlie Sheen testified at her trial that he alone paid Fleiss $53,000 for the sexual services of prostitutes.