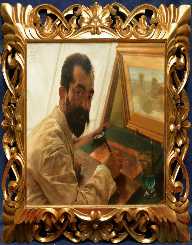 Lawrence Alma-Tadema was a Dutch painter born on January 8th, 1836. He is best remembered for his portrayal of Classical antiquity and draftsmanship. Lawrence was also a businessman. In fact, he was among the wealthiest painters of the 19th century. Among his best work were The Education of the Children of Clovis (1861) and Egyptian Juggler (1870). His other works included Joseph Overseer of the Pharaoh’s Granaries (1874). He spent most of his later years in England from 1870.

He often fell ill towards the end of 1887. This slowed down his career as a painter. He was a great artist though after he passed away the work he left behind fell into disrepute. However, it was the value of these works was later re-evaluated in the 1960s

Lawrence Alma-Tadema was born on January 8th, 1836. His place of birth was in Dronrijp situated in Northern Netherlands. He was the third born of a village notary, Pieter Tadema and his second wife, Hinke Brouwer. He had one sister by the name Artje. His father had three sons with his first wife who then became Lawrence’s stepbrother.

Lawrence Alma-Tadema was quite young when their family relocated to Leeuwarden in 1938. At their new town, his father earned a living from a more lucrative position. Sadly, Pieter later passed on. He left behind a four years old Lawrence along his four other children and wife.

Lawrence Alma-Tadema received his first training in art from a local drawing master. His mother had hired him to teach her children. She had a great love for passion herself. Later when Lawrence attended school, he found history and drawing as his favorite subjects.

Among his first paintings was the Portrait of the three Hamstra Children. He was only 13 years old when he commenced his work on the painting. The piece was a surprise gift to the children of the Hamstras. They were his friends.

In 1855, Lawrence Alma-Tadema worked in Joseph Laurent Dyckmanns’ studio till 1856. Meanwhile, he developed his painting A Poacher returning home after a hunt.

In 1861, he had painted The Education of the Children of Clovis. It was among his first major paintings as an artist. Towards the mid-1860s, he focused most of his work in Merovingian themes. He later shifted to themes of ancient Egypt.

In 1863, Lawrence Alma-Tadema married Marie-Pauline Gressin. They stayed married till 1869 when Marie died. Lawrence was quite devastated, and his life was never the same since then. His health became quite affected by a mysterious medical problem. Even the doctors wondered what was ailing him. Towards the end of that year, he sought further treatment in England. During this time, he met his wife to be Laura. She was a 17 years old daughter of painter Ford Brown when they met. In July 1871, Lawrence tied the knot with her. The couple then went on a tour through Europe. Antwerp in Brussels followed Their initial stop. They then visited The Hague and later to Leeuwarden. In September that year, they headed back to London.

He moved to his own house in 1883. The construction of house consumed so much of his time. He only came up with a few paintings during this time. He was a perfectionist hence wanted his house to be exactly the way it should be.

Throughout his life, Lawrence Alma-Tadema had a great and warm personality. He was quite admirable and easy to love. He was also a perfectionist and a skilled artist. He loved partied and so did he love women and wine.

The great painter took his last breath on June 25th, 1912.  He was 76 years old when his death occurred in Wiesbaden of the German Empire.