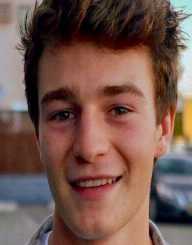 The inception of social media and growing popularity has made the impossible possible. Gone are the days where a singer will hustle for long before getting a record label to sign on to. Today, selling your talent to the rest of the world is very easy, especially using the video channel YouTube.It started with Justin Bieber, getting noticed with YouTube and now several others have followed suit. The new kid on the block harnessing the prospects of YouTube is Hayden Summerall.

Born on April 4, 2005, Summerall is a new talented singer and rapper emerging in the American music industry. His talent has been showcased through participating in shows like Winter Lights 2 in Phoenix and Arizona. He has also done a cover of Jake Miller’s Goodbye which he published on YouTube.

Hayden Summerall was born on April 4, 2005, in Dallas, Texas to American parents. Most of his childhood life was spent in Dallas but later moved to Los Angeles, California. That move was the beginning of his career. With his sweet melodic voice, he has gradually risen to fame.

It is said the young shall soon swallow the giants and that is what is happening in the American music industry now. Each day there is a new talent emerging in that industry throwing a significant challenge to the existing ones. One of such talents is Hayden Summerall, who has broken into the music circles in an unconventional way. Starting with YouTube, he has gained several fans and followers on other social media networks like Instagram and Twitter. He currently has about 435,000 Instagram followers and nearly 65,000 ON Twitter.

Since breaking into the music scene, Hayden Summerall has made some public appearances, and the memorable one is at the meet and greets called Winter Lights 2 in Phoenix Arizona. Exploring his talent and ensuring that he always avails himself to fans, he recorded and published a cover of Goodbye by Jake Miller on YouTube. His soothing voice is his trademark and apart from singing wants to also venture into acting.