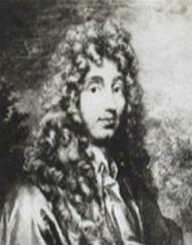 Christiaan Huygens was a Dutch mathematician and astronomer who is best known for his discovery of Saturn’s moon Titan.

Huygens was born in The Hague on 14 April 1629. His family was quite wealthy and influential as his father, Constantijn Huygens, was a diplomat and advisor to the Dutch ruling family the House of Orange. His father worked with two princes from House Orange, Frederick Henry, and William II. His father also had influence in the foreign courts where he had worked as a diplomat and had been knighted by James I of England and Louis XIII of France. It was Huygens’ father who educated him in mathematics, languages, history, geography, and music as well as teaching him to the fence and rides a horse.

Huygens also received tutoring in mathematics from Jan Jansz de JongeStampioen, who also tutored William II. Huygens was also a friend of Descartes and Galileo. Huygens began studying law and mathematics at the University of Leiden.Huygens switched tutors to Frans van Schooten on the recommendation of Descartes. After two years he switched to the College of Orange where his father worked. Huygens was sent on a diplomatic mission to Denmark, but when the House of Orange fell from power, his father lost much of his influence. Huygens should little interest in a career in diplomacy.

Huygens earliest works were on mathematics, and he published 'Theoremata de quadrature,' which dealt with the squaring of the circle. Huygens was critical of the work of Grégoire Saint-Vincent and instead supported the works of Archimedes. Huygens gained international notoriety for his commentary on Thomas Hobbes’ mathematics. He also became interested in astronomy and began lens grinding with his brother to develop superior telescopes. In 1662, he created what was named the Huygenian eyepiece, a telescopic device.

Huygens interacted with noted philosopher Spinoza at this time as he was also practicing grinding lenses. As well as developing telescope lenses Huygens continued his work in mathematics. In 1657, he published On Reasoning in Games of Chance, which was his first work on probability. Huygens also worked on life expectancy with his brother Lodewijk. Huygens work on astronomy led to observe him observing the orbit of the planets Mercury and Venus. Huygens often traveled to France and England during his career engaging in debates with the leading minds of his time. His popularity in these countries ebbed and flowed as they were often involved in a conflict with each other and his home country.

He discovered Saturn’s moon Titan in 1656 and in 1659 identified the actual shape of Saturn’s rings. His work on Saturn made his work well known across Europe. Huygens is also credited with identifying the plain volcanic SyrtisMajor on Mars. His study of the planets and their orbits led to him studying timekeeping. In 1658, he invented a pendulum clock which was accurate to within a minute a day. He worked continuously on improving his clock’s accuracy. In 1675, he also developed a pocket watch. He wrote about his work on timekeeping in Horologium.

Huygens became a founding member of the French Academy of Sciences during one of his many visits to Paris. Huygens wrote about issues of physics and gravity. He firstly criticised his friend Descartes’ work on the matter and built on Galileo’s views. Huygens met Isaac Newton in 1689 and also sent his works to noted architect Christopher Wren. It was Huygens who developed the formula for centripetal force.

Huygens never married nor did he father children. He suffered from depression and a series of painful illnesses towards the end of his life. Huygens died 8 July 1695.