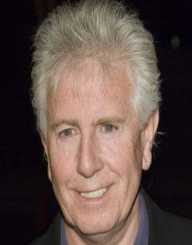 Singer-songwriter Graham Nash was born on the 2 February 1942 in Blackpool, Lancashire, England during World War II. The Nash family home was in Salford, Lancashire and Nash’s mother had been evacuated to Blackpool. At the time, his father was serving in the British Army. After the war, the family returned to Salford, where he was raised.

Along with a school friend, Allan Clarke, Graham Nash experiment with the skiffle sound that was popular at the time. Eventually, the pair hooked up with Eric Haydock, Tony Nicks, and Don Rathbone to form The Hollies (1963).  The Hollies were a Merseysound pop group and became known for their distinctive three-part harmonies. When Nash was with The Hollies, they charted in both the UK and the USA as well as other countries around the world including Australia, South Africa, and Canada.

Hits included Bus Stop, Just One Look, Look Through Any Window, Carrie Anne, Jennnifer Eccles, Long Cool Woman in a Black Dress, The Air That I Breathe and He Ain’t Heavy, He’s My Brother. Eventually, Graham Nash clashed with fellow band members over various issues, including songwriting. On a trip to the United States, he met up with David Crosby and Stephen Stills at a mutual friend’s house, and this led to Nash leaving England and settling in California (1968).

The first album Graham Nash recorded with Crosby and Stills was Crosby, Stills, and Nash (1969) which peaked at No.6 on the Billboard album chart in the United States.  The album contained the hits Suite: Judy Blue Eyes and Marrakesh Express. Canadian Neil Young joined Crosby, Stills and Nash and they thus became Crosby, Stills, Nash and Young.  As part of their first tour, the foursome appeared at the Woodstock Music, and Art Festival held on the dairy farm of Max Yasgur (1969).

During the 1970s and 1980s, the group continued recording and touring. The first Crosby, Stills, Nash and Young album Déjà Vu (1970) was a hit, but problems had emerged within the group, and they disbanded after touring that summer  A live double album, 4 Way Street, was released and proved to be another hit. During 1974,  the band reformed and they did a tour, then released So Far which became another hit.

In 1977, Graham Nash joined Crosby and Stills to record the successful CSN album. And in 1982, the trio released Daylight Again. Crosby, Stills, Nash and Young reformed to record American Dream (1988) and Crosby Stills and Nash released Live It Up (1990). Nash continued touring with Crosby and Stills. In 1994, they did a 25th-anniversary tour. Other albums include After the Storm and Loooking Forward (1999).

In 1971 Graham Nash released the album Songs For Beginners. The album contained the hits Chicago/We Can Change the World and Military Madness which reflected the turbulent political climate as well as songs like Simple Man, and I Used To Be A King.

His second solo album was Wild Tales (1974) which contained a song Another Sleep Song which references his relationship with the Canadian singer-songwriter Joni Mitchell. He also recorded with Graham Nash/David Crosby (1972) which included songs such as Southbound Train and Immigration Man. Nash and Crosby also recorded Wind On the Waters (1975) and Whistling Down the Wire (1976). Crosby and Nash toured the U.S. in 2011 and released the DVD Crosby-Nash: In Concert.

Graham Nash was inducted into the Rock and Hall of Fame in 1997 as a member of Crosby, Stills, and Nash. Then in 2010, he was inducted into the Rock and Roll Hall of Fame as a member of The Hollies. He was appointed an Officer of the Order of the British Empire (an OBE) on the Queen’s Birthday Honours List in 2010, for services to music and charity.  Nash has also received the New York Institute of Technology’s Arts & Technology Medal and Honorary Doctorates of Humane Letters as well as the Hollywood Film Festival’s Hollywood Visionary Cyber Award.

Graham Nash has been married three times. His first wife was Rose Eccles whom he left in 1968 when he moved to California. He was then in a long-term relationship with Canadian Joni Mitchell before marrying Susan Sennett.  They were married for 38 years before he left the marriage in 2016, citing that he was no longer in love with his wife. He left the family home in Hawaii that they had lived in for decades, and relocated to New York City. He now lives in New York with his new partner, girlfriend, Amy Grantham, an artist.

Charities Graham Nash has supported include Habitat For Humanity, The Guacamole Fund, UNICEF, WhyHunger, Rock Can Roll and Witness. He is a committed environmentalist and was active in the anti-nuclear movement in the 1970s.