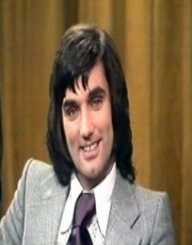 George Best was possibly one of the best footballers of his era who achieved great success with the club Manchester United. His playing style with extraordinary skills, balance, agility and goal scoring fascinated his fans.

Some quick facts about George Best are;

George Best was born on May 22, 1946, in Belfast, Northern Ireland. He was the first child of Richard Best and Anne Best. George had four sisters, Carol, Julie, Barbara, and Grace, and one brother Ian Best. He grew up in Cregagh east of Belfast, and he was a lover of football right from his earliest years. George played football for a local boy's club in Cregagh.

In 1957 when Best was 11yrs old, he earned a scholarship and went to Grosvenor High School. Here rugby was the only sport played, and this made George lose interest in education. He began to skip school, and he was sent back to Lisnasharragh Secondary School. Here he could now play and focus on football.

At the age of 15, George was noticed by the local club Glentoran, but unfortunately, he was not selected because of him being too small and light. Later, a Manchester United Scout, Bob Bishop was impressed by George and took him to Manchester saying that he had found a genius.

In 1961, George was given a trial and was signed by the Manchester United's chief scout Joe Armstrong. Within two days at the club, George had already gotten homesick where he returned to his home in Cregagh, Northern Ireland.

The then Manchester United coach Matt Busby and his father persuaded Best to go back to Manchester within two weeks. George returned to Manchester and played as an amateur for two years because it was illegal for English clubs to take Northern Irish players.

George secured a job as an Eland boy at the Manchester Ship Canal which gave him a chance to train with the club twice a week.

In 1963 at the age of 17yrs, George made his first debut for the team against West Bromwich Albion in a 1-0 victory. George scored his first goal for Manchester United in his second appearance which made them win a 5-1 against Burnley. This made the manager Matt Busby to keep him for the team. By the end of 1963-64 seasons, George had played in 26matches and scored six goals.

In 1964-65 seasons, George Best helped Manchester to claim the league title. He had scored 14 goals in 59 competitive games.

At the age of 19, the rising star George Best scored two goals in a European match quarter-final match against Benfica in 1966. George's talent made him the media favorite and earned him a massive number of fans. His performance in this match catapulted him to stardom.

The 1966-67 seasons were also successful for George since he scored 10goals in 45 matches. The 1967-68 seasons were the most exceptional one in his career. George scored twice against Liverpool in a 2-0 win.  He was the best scorer with 28goals in 41 games and made Manchester United take the second position with only two points below the winners Manchester City.

Later during that season, he played an enormous role in making Manchester United win the European Cup becoming the first English team to do so.

In the 1968-69 campaign, George continued to perform well in his football career despite the team not playing well with recruits who were not up to the game. He scored 22 goals in 55 games. Manchester United dropped to 11th and finished that season without any trophy. Over the next seasons, George continued to play well, and memorable performance is when he scored six goals in a match against Northampton Town in an 8-2 win. He could not take Manchester United to its previous heights though.

In 1970 onwards, George started having a lot of discipline issues. He was fined by the Football Association for receiving bookings of misconduct. He was also one time suspended by the Manchester United for two weeks for missing his train to spend a weekend with an actress. In 1971, he failed to turn up for whole week training and instead spent time with Miss Great Britain Carolyn Moore.

In the 1972-73 seasons, Manchester United decline continued and frustrated with the clubs decline, George went missing to party in London nightclubs. He was suspended, and he started drinking a lot and announced his retirement twice but later showed up to play both times.

1973-74 was the last season George played for Manchester United. He finished as the club's top scorer for six consecutive seasons. He scored a total of 179 goals for Manchester United from 1963-1974 in 470 matches. From 1974-1983, George played for various clubs including South Africa, Australia, Ireland and US. He was going in a rapid decline in his football career until he decided to end his professional calling in 1983.

At the age of 22, George had won three significant honors in the football club.

In the 1967-68 seasons, George was awarded the FWA Footballer of the year award. He became the youngest ever winner of the prize.

In 1968 Best won the Ballon d'Or as the European Best Player of the year.

In 2002, Best's record-breaking performance was voted no 26 by the British public in the list of 100 greatest sporting moments.

In 1973, he opened Slack Alice, a nightclub in Manchester. He owned restaurants such as Oscars and fashion boutiques in the city.

On January 24, 1978, George married Angela MacDonald-Janes at Candlelight Wedding Chapel in Las Vegas. They were blessed with a son Calum in 1981 and later divorced in 1986.

In 1995, Best married Alex Pursey in Kensington, London. They divorced in 2005 with no children.

This star Footballer was an addict to alcohol for most of his adult life which eventually led to his death. In 1981, he stole money from a handbag of a woman to fund his drinking.

In 1984 he got a three months prison sentence for driving while drunk, assaulting a police officer and failing to answer bail.

In March 2000, George Best was diagnosed with severe liver damage. In 2001, he was admitted in the hospital with pneumonia, and in 2002 he had a successful liver transplant. Best continued to drink and suffered multiple organ failure.